Huff was a late addition to the Broncos' 2010 recruiting class, verballing on the dotted line just days before official LOI Day. Huff hails from Chase Baker and ex-Bronco Jimmy Laughrea's alma mater Rocklin and was first-team all-conference and all-section in 2009 as well as Conference Playmaker of the Year after setting Rocklin records in receiving yards, receiving touchdowns, and, presumably, awards. Oh, and he can also jump high...clearing the bar at 6 feet 2 inches while competing for Rocklin. Huff grayshirted in 2010 and followed with a redshirt in 2011.

People still say "holdin' it down", right? Did I mention I'm over thirty? 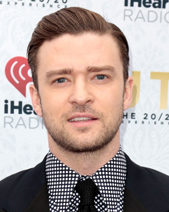 Played in all 13 games for the Broncos in 2012, with five starts. Caught Helped lead Rocklin HS to a Sierra Football League Championship, as well as a Sac-Joaquin Section title. Career receiving yards leader at Rocklin (1,664).

As far as tight ends go, Huff is starting to remind me a lot of "Shoe". Of course, it's WR Tyler Shoemaker that he's beginning to remind me of rather than the venerable Derek Schouman, and that's okay. In fact, it's better than 'okay'. Huff came on strong last season as a stick-thin pass-catching freshman and there's no reason to believe he won't get more balls thrown his way and become a bigger thorn in the side of opponents as he gets...well...bigger. A quick look back at last year's countdown had Huff still at 6'5", but at a weight of just 201 lbs. Just the same, Huff was a formidable weapon in the Bronco passing attack, finishing the season with 250 receiving yards and 4 TDs, on just 17 receptions (nearly 15 YPC). Just after the Las Vegas Bowl, where Huff had caught 2 TDs on his only 2 receptions of the game, I suddenly recalled that Huff is the career receiving yardage leader at Rocklin High—and it's not hard to see why. At 6'5", he creates matchup problems for virtually any defensive back in the country...add that to the fact that he runs clean routes and has soft hands, and you've got yourself a heckuva receiving weapon. But last season Huff was just that...a receiver (albeit a good one). This season, I'd like to see the lanky TE come into his own as a complete tight end—one that can block AND catch. He'll never be a block first type of player for the Broncos, in my opinion, and may even end up being an Ed McCaffrey type of tweener at the position, but the more you can do as a tight end in the Broncos system, the better...and Huff has already got a lot of the tools needed to be a great one. I think Huff continues his upward progression this season and starts off the year like he finished the last. I'd expect at least 6 receiving TDs out of him and somewhere near 400 receiving yards if he and Southwick can stay on a similar wavelength. We'd waited a long time to see what Huff was capable of, and so far...I'm liking what I see.

As possession is 9/10 of the law, if you're caught "Holdin' Huff" in California, it's a Class B Misdemeanor.