It seems we've completed our round of defensive linemen, and now we're all in for a full serving of tight ends.

Sosnowski was one of the most dominant players in Capital High history. His play on both sides of the ball earned him All-Idaho honors as a junior and senior. He was also offered by Idaho (yawn). Sosnowski red-shirted in 2010 as a freshman at Boise State.

Obviously this works if you pronounce his name "Snoz-Nowski". Anyone else hungry? 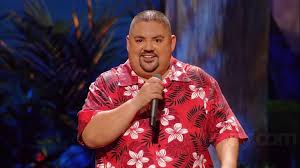 So maybe not quite as big (although he has put on 20lbs since last season), but I see an odd resemblance to Kevan's favorite comedian, Gabriel Iglesias.

Three time All-SIC and two time All-Idaho while he played at Capital High. Holds the school record for interceptions (he played a lot of safety (huge safety, right?!) while at Capital)). Played in all 12 games as a red-shirt freshman in 2011.

2012 was a rough year for the Snoz. After an impressive year in 2011, Kevan dubbed the Snoz a number two Tight End, only behind the Wild One, Gabe Linehan. Unfortunately, 2012 had Kyle sidelined with an injury. Thankfully, he took the time to hit the weight room as he has bulked up 20 lbs since we last saw him on the blue in 2011. Tight End is a position stacked with talent, but not quite stacked on experience. If Sosnowski can come back with as much force as he had in 2011 as a junior, there's a chance he could start some games. With Linehan also coming off an injury, I'd say the Snoz has a chance to potentially be the number two that we predicted he would be last year.

Sosnowski won the All-Idaho hot dog eating contest at the Western Idaho Fair two years in a row. He was only 9 during his first victory.