It's about to get wild up in here. Who's ready for a man with a real tight end (his words, not mine)?

Linehan's lineage hails from the land up North (the school who shall not be named). Thankfully, Linehan didn't follow in the steps of his father and uncles. Linehan was a standout quarterback and linebacker at his small Oregon high school, which eventually led to his only scholarship offer at Boise State. After appearing in the first four games of last season, Linehan was sidelined with a hamstring injury for the rest of the season. 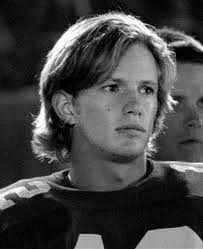 2009 Scout Special Teams player of the year. Played in all 12 games in the 2011 (sophomore) season. One of the primary tight end targets. Fall 2011 Academic All Mountain West Team.

2012 was a relatively disappointing year for Linehan fanboys. After playing in the first four games of the season, Linehan was sidelined with a hamstring injury for the remainder of the season. Linehan hauled in a meager one reception for 23 yards in the opener against Michigan State. After an impressive year in 2011 (23 receptions, 5TD), many thought Linehan would be one of the main contributors for the new-look offense. 2013, Linehan-ites are hoping for a powerful and triumphant return to the Blue. As a senior, and after having ample time to recover, look for Linehan to be one of Southwick's main tight end targets.

Linehan won a karaoke competition in Reno by singing the Miley Cyrus hit, Party in the USA. The song was requested by Charles Leno.