Share All sharing options for: Wake up Bronco Nation: 6-28-13

Like I just said, UNLV's Anthony Bennett went number 1 in last night's NBA draft to the Cleveland Cavaliers. UNM's Anthony Snell also went in the first round (20th) to the Chicago Bulls, and MWC POY Jamaal Franklin of SDSU went in the 2nd to Memphis. Jeff Elorriaga was thrilled at the news of Bennett's good fortune:

Heck yeah, you did.

The old Zenmaster, or riverboat gambler, or Opie, or whatever we used to call that guy had a successful "pro" coaching debut in the CFL. If you watched the game, you might have asked yourself "why is the endzone 20 yards deep?" NO MATTER...Hawk led the team to a comeback win over Winnipeg. Andrew Woodruff and Winston Venable are also on the winning squad.

The photo/production team behind the stadium banners and such released one of their new 2013 photos and it's pretty cool. Photog was a little bummed he didn't get to try out his new mustache filter though. 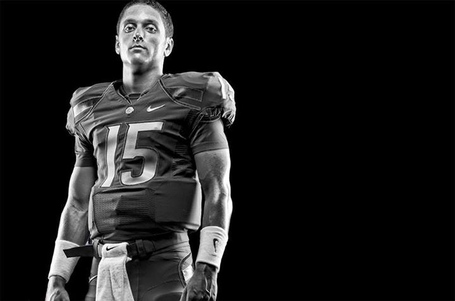