We have 65 days until kickoff, so today I'll highlight #65 on the Bronco roster - Matt Paradis.

Paradis's football journey began in the boonies - Council, Idaho, to be specific, and 8-man football, to be really specific. Council High - a 1A school out of a possible 5 A's - had a legend on its hands with Paradis, who was named 1A Idaho Player of the Year in 2008 and made multiple appearances on the all-state team during his high school career. His senior season alone, he had 10 sacks in eight games - and have you ever tried to tackle someone in a game of 8-man football? Let alone behind the line of scrimmage? It's like catching an ant on the blacktop of a parking lot.

Paradis had no scholarship offers out of high school because, well, Council. Boise State did offer him an invited walk-on, and Paradis took it. He has since flipped walk-on into scholarship. 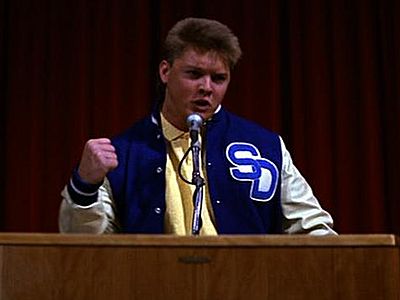 Who would have thought two years ago that the best Boise State offensive lineman for the 2013 season would be a former walk-on with a curly mullet? With apologies to Charles Leno, Paradis is the anchor of the Boise State O-line headed into 2013 and one of the Mountain West's best blockers. But don't tell the folks at the Rimington Watch List any of this! They prefer to be left in the dark - the stupid, stupid dark - and keep their lists as Paradis-free as possible. Is Paradis the most underrated player on the Boise State football team? Possibly. Then how did the Mountain West, purveyors of strange decisions, come to put him on their first-team all-offense? Even a broken clock is right twice a day.

Matt Paradis designed the Council, Idaho, website. He is no longer pursuing a design degree. 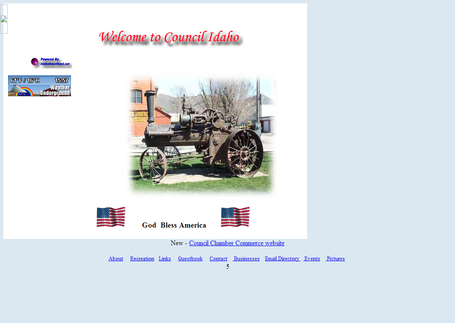