We have 72 days until kickoff, so today I'll highlight #72 on the Bronco roster-Marcus Henry

Henry was one of the best lineman in all of high school Washington back in 2010, earning Kingco Conference Lineman of the Year, first-team All State, and a state championship his senior year (the second of back-to-back champies (as the kids call them these days)). He committed to Boise State early enough that the big-time offers never materialized, save for a late desperate plea from Washington. 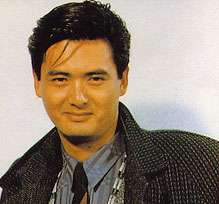 Henry made the Academic All-Mountain West team as a redshirt freshman, so ... brains.

If you'd rather not count academia as an achievement (a tenet of the University of Idaho, btw), then Henry's career highlight could be his Top Five finish in the hang clean at this year's BSU spring testing. The hang clean is when you hoist a giant dumbell from your thighs to your neck. Henry did 300 pounds of this. Gah. I am so weak.

The coronation of Marcus Henry as Joe Kellogg may begin in earnest this year. He is a favorite to claim the open right guard spot and begin a three-year stretch of dominant guard play, as was foretold by Bronco fans since his recruitment as one of the Northwest's best blockers. It is his destiny.

His destiny last season was garbage time experience (11 games total) and protecting Michael Frisina's fragile body on the placekicking team. He has yet to start a game on the offensive line, and his first could be emotional: Week One, Boise State plays just a few miles south of his hometown of Bellevue, Washington.

The starting role is not a given, as nothing ever is on the Boise State offensive line. But the Idaho Statesman does not write features about Bronco offensive linemen unless they are soon-to-be starters or local kids or have three arms. Only the first applies to Henry.

Henry's first name used to be Demarcus until Demarcus Lawrence bartered for the right to use the "De."