We have just 90 days until the Battle in Seattle, and that jersey number is currently claimed by Jamal Wilson...but maybe not for long.

Jamal is a walk-on of the preferred variety in the class of 2011. He was a 3 year letter-winner at Fontana, CA's A.B. Miller High School, where he excelled at middle linebacker, tight end, and fullback. In Wilson's senior year, he was named to the All-Citrus Belt League first-team and the All-CIF second-team at MLB after racking up 119 tackles, 7 sacks, and 3 forced fumbles. He was named second team All-CBL as a junior at OLB after recording 81 tackles and 3 sacks. Wilson drew some small school scholarship offers, but wanted to compete at a higher level, so chose to go the walk-on route. 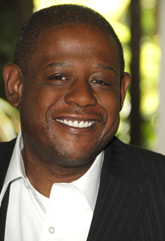 3 game appearances in 2012. First-team All-CBL and second-team All-CIF as a senior. 3 year scholar-athlete.

So, you might have noticed today's strange headline "it's complicated" and wondered if I set OBNUG up to autocorrect...but no, that's exactly what I meant to type, and here's why. Jamal Wilson is technically still on the roster (at number 90, to be exact), but it's come to my attention that he won't be for much longer. Being a "letter of the Bronco law" type of blog that respects "official" press releases and such...I've decided to leave Wilson in the countdown so long as he's on the roster. However, the first red flag as to Wilson's alleged departure would be the not-so-subtle fact that he is now tweeting (that would be on the Pete-verboten Twitter) and one of said tweets (again not-so-subtly) implied he's gonezo (to Montana to be exact). This doesn't appear to be a bad break-up in the least. I believe that WIlson had yet to procure the all-important scholarship and Montana offered him one. We should be happy for Wilson in that capacity.

This development, however, raises an opportunity to discuss the fact that Wilson was absolutely the only fullback on the roster, and if he indeed is moving on, I'm not sure who takes his place. In the past (including last year), the Broncos have converted players from other positions to fullback—Dan Paul being the most recent example. Paul came in as a linebacker, but failed to ascend the depth chart on defense so was (thankfully) given a fullback shot—which he hit out of the park. So, who will be the next guy to protect Southwick's twenty and open holes for the RB corps? Connor Peters might be the front-runner, given his blocking and pass-catching ability. Tight end Chandler Koch filled in occasionally for Dan Paul when he was injured and Richie Brockel at one point was thought of more as a tight-end. Could Peters do double duty at FB? What about the running backs? Walk-ons Charles Bertoli and Jamel Hart both possess the stocky build prized at the FB position—maybe they'll give it a whirl. Or what about Armand Nance? He was recruited as a FB/TE, but moved to DT. Could he be a Mike Atkinson-sized road grader? All interesting possibilities.

Frankly, with Dan Paul's graduation, I thought this would be Wilson's year...but if a better opportunity has presented itself for him, I'm glad he's found what he's looking for. Until the word is official, we'll just quietly wonder what roster magic Coach Pete and company will pull to fill the seeming void at fullback. The situation at present is rather complicated.

The real reason Wilson is making a move to Montana is to be in closer proximity to Steer Montana, the (now-stuffed) largest steer in the world. 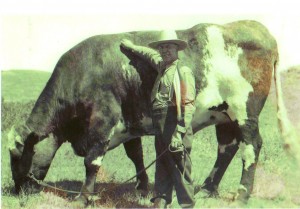