We've got 76 days until kickoff ... so today we'll be taking a look at number 76 on the Bronco roster—Jake Broyles

By having more pancakes than an IHOP. For your edification, a "pancake block" is when an offensive lineman flattens or knocks an opposing lineman to the ground. Jake Broyles had 95 (!) of these over the span of his junior and senior seasons at Foothill High. For his efforts, he was named All-Sunrise League, first-team MaxPreps All-State, and team MVP and Rivals.com called him one of the "best pure tackles" in the state of Nevada. And if you think that Broyles was all brawn and no brains in high school, think again—he maintained a 4.45 GPA...which is possible, apparently. A few words about Broyles from ESPN, perhaps?

Broyles displays some athleticism as an offensive lineman. He has a great frame and is an impressive looking football player. Comes out of stance square and with a good flat back with legs underneath him; fits well into the base block.

Broyles considered Brown, Prineceton, UNLV, and Fresno State, but as far as I could tell, Boise State was the first to extend a scholarship, which he gladly accepted.

I think he started out with this humble nickname. Hopefully this will allow him to force some youth back to his injury-prone ankles. 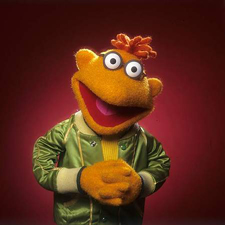 2012 was like déjá vu for Broyles and not in a good way. In 2011, Broyles appeared in 3 games for the Broncos before being sidelined with a toe injury and 2012 did him in again with a high-ankle sprain allowing him enough strength to get through just 4 of the Broncos' 13 contests. So, what will Broyles' senior season have in store? None of the same, hopefully, unless this is some sort of sick joke. Broyles has been one of the Broncos most intriguing lineman since he rocketed up Coach Pete's depth chart as a frosh through sheer force of will. He looked like he'd be a staple at guard for the Broncos for 3 solid years if injuries hadn't got the best of him. I still have high hopes for Broyles in 2013...and I know that he does as well. No one wants to sit out their senior year and though Broyles can't really control his injury fate, I have to believe a little karmic justice is coming his way. He'll battle for the top spot at, presumably, right guard with a combination of Marcus Henry, Spencer Gerke or Mario Yakoo and if his lower extremities hold up. Broyles has always had great footwork if he feet will...well...work. I think this year Broyles should be in for a lot of playing time and a healthy handful of starts—this is my hope (and Jake's prayer). Hang in there, Jake's leg! 2013 is your year.

Broyles is definitely as smart as he looks. His summer started out with a trip to the CERN facility in Switzerland where he collided with some hadrons.