It's Palindrome Day once again and my internet is working again after a 24-hour outage. Things are looking up!

We've got 77 days until kickoff ... so today we'll be taking a look at number 77 on the Bronco roster—Spencer Gerke

Before Capital High became the Broncos hot new local recruiting bed, Bishop Kelly was the main provider of scholarship players and walk-ons for the Broncos. At Bishop Kelly, Gerke was a stud on both sides of the ball, named all-state as an offensive lineman and defensive lineman his senior year. He was also named All-SIC from both sides of the line-of-scrimmage as well. Gerke's only offer came from the Broncos and he signed with the class of 2008, then grayshirted.

Sticking with this one. Almost went with "Turkey Gerke", but I've heard he's not that good at bowling. 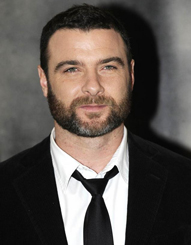 Ranked as the 63rd best player on 2008's Northwest 100. First team all-state on offense and defense as a senior at Bishop Kelly (made 69 tackles, seven pass breakups, two sacks and an interception on defense). Named team captain his senior year. Played in three games for the Broncos in 2010. Played in all 13 games for the Broncos in 2011 including starts against Toledo and Colorado State. Appeared in all 13 Bronco games in 2012, with six starts. Named to MWC All-Academic Team.

It seems like Gerke has been on the Bronco squad forever, but if you ask him, I'm sure he'd think it's gone by in the blink of an eye. Gerke has slowly but surely blossomed into a big (and I mean BIG) contributor for the Broncos and might be a candidate for the Mr. Versatility Award after splitting time last season as a right and left guard. In fact, considering switching from right to left on a game-by-game basis also requires some mental dexterity as well as physical, I'm definitely putting Gerke on my Bronco All-Academic Team as well. Indeed, the big guard was an MWC All-Academic performer last season and as any lineman will tell you, it's not too hard to see why. Gerke's playing time has steadily increased during his tenure and there's no reason to think his senior season won't see that trend continue. I think Marcus Henry lands one of the guard spots this season and I expect there to be a little less shifting, so Gerke will probably hold down one guard position throughout the year with plenty of starts and Henry the other. Of course, Jake Broyles and Mario Yakoo might have a bit to say about my preemptive depth chart, but the way the Broncos utilize their lineman, really what consitutes a "starter" anyway? Those 4 are going to get a lot of PT and Gerke's tenacity and experience will be a real boon to an O-line looking to improve their run-blocking stature.

Known as one of the hairier guys on the team...last season Gerke and Dan Paul got together and donated some of their excess hair to Joe Southwick. What he ended up doing with it was a real disappointment. 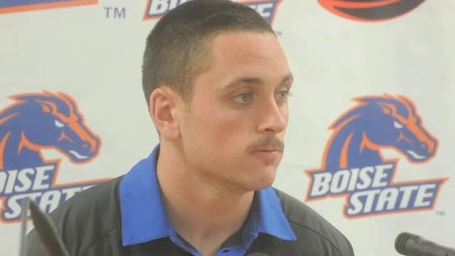