We've got just 80 days until kickoff, so today let's take a look at #80 on the Bronco roster—DJ Dean

Dean was a two-way standout for the Eagle Mustangs, and his contributions to the squad were recognized with the 5A SIC Player of the Year award in 2011. Dean was all-state as a defensive back the same year after making 77 tackles, 6 INTs and forcing 2 fumbles. He was a pretty darn good receiver as well—catching 56 passes for 801 yards and 5 TDs in 2011. Dean played quarterback at Eagle before BYU QB Tanner Mangum transferred over...a move that might have ultimately landed him his Boise State scholly. 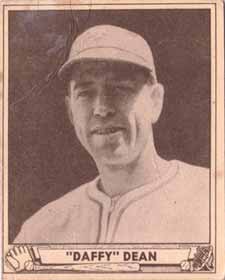 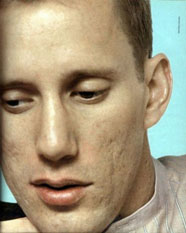 Any hope of Dean skipping a redshirt season after last year's grayshirt likely went up in smoke with a Spring ACL injury, but hey...let's talk about him any way. Dean was Mr. Versatility at Eagle High School playing QB, DB, and WR which leads me to believe it won't be hard for him to find his way onto the field as soon as he's healed up and ready to go. Truth be told, this might not have been a great year for him to jump right in anyway, with Boldewijn, Burks and Moore all still in the lineup. Next year, however, There will be gaping holes in the Bronco receiving corps that Dean will do well to help patch. Matt Miller will be a senior in 2014, Williams-Rhodes and Troy Ware juniors and we'll be a tight end down with the graduation of Gabe Linehan as well as the departures of the aforementioned trio. Boise State has some solid WRs coming into the program this summer in Tanner Shipley and Kendal Keys and with any luck, AJ Richardson will be ready to join up as well. That will give the Broncos some options, but depth will be in shorter supply and I think Dean can make a good case when that time comes. Dean looks to me like another Kirby Moore type weapon...not blazing speed, but great fundamentals and a good possession receiver. We'll need one next year, so heal up soon kid.