We've got 81 days until kickoff, so today we'll highlight #81 on the Boise State roster—Dallas Burroughs

Ran—and quickly I might add. You all know by now that Dallas is the younger brother of Bronco wideout Mitch Burroughs. The Burroughs clan has football in their blood, and Dallas might be the best of the bunch. At Rocky Mountain, Dallas earned three varsity letters in football and made first team all-state and All-SIC as a senior after hauling in 75 receptions for 1,358 yards and 14 TDs and rushing for another 304 yards on 20 carries. Dallas won state championships on the track in the 100m and 200m in 2011, shattering long-standing records in the process. Burroughs fielded scholarship offers from Army and Utah State along with his Bronco offer, but luckily for the Broncos, blood is thicker than Logan, Utah. 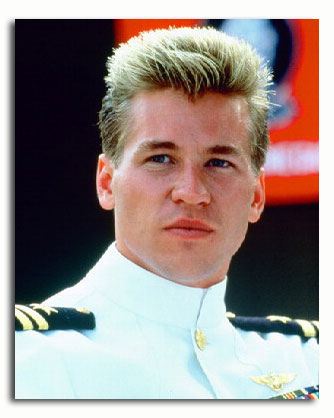 Featured in Sports Illustrated's "Faces in the Crowd" in June 27th issue. Shattered 25 year-old 100m record at state track meet by posting a wind-legal 10.34 time—also one of the nation's best on the year. All-state and All-SIC in football as a senior. Appeared in all 13 games for the Broncos in 2011 and hauled in 9 receptions for 175 yards and a score. Appeared in 12 games for the Broncos in 2012, including a start against Southern Miss and had 4 receptions for 100 yards. Named to MWC All-Academic Team in 2012.

Burroughs has generated just over 275 yards of offense in his two full seasons with the Broncos. Fairly pedestrian numbers for a wideout until you realize that he's done that on just 13 receptions. For the non-mathletes in the crowd, that's over 21 yards/reception...kind of an eye-popping stat. So, why does he have just 13 receptions in two seasons with that kind of YPC? No clue, although Southwick targeted Burroughs about a 3rd as much as Kellen Moore did (which is to be expected, I suppose). Burroughs can also be a dangerous return man for the Broncos, with a 30.5 yard average a year ago...of course, he only had two returns to speak of, so again we're left scratching our heads as to why the fastest guy on the team is so painfully underutilized. I have a couple of theories. One, speed does not equal quickness, and Burroughs doesn't possess the latter as much as the former. The Bronco coaches need to get more creative as to how to get Burroughs in open space where he's most dangerous...and Southwick has to get better chucking it downfield. Two, Burroughs isn't tall, so he's not a big target for the QB when he inevitably gets free on broken plays and he's not going to win jump balls very often. These may be reasons for Burrough's somewhat limited scope on the field (coupled with more well-rounded receivers like Matt Miller soaking up more targets), but they aren't roadblocks. This year, not only does Burroughs have 2 seasons of experience under his belt, but OC Robert Prince and QB Joe Southwick have some time logged as well. I think Burroughs just needs the right playcalls and right opportunities to truly be a star for the Broncos. Speed like his rarely comes 'round...and it would be a shame to waste it. Get this kid the ball.

Burroughs real first name is Edgar (named after Tarzan writer Edgar Rice), but he became known as "Dallas" because of his love of ten-gallon hats and JR Ewing.