Oh wait...another tight end. How'd that get in here?

We've got 82 days until kickoff...so today we'll be taking a look at number 82 on the Bronco roster—Jackson Reed

Reed went to high school at Boise's Timberline High, which is practically a stone's throw from Bronco Stadium if you have a good arm (I do not), and decided to walk-on as a member of the 2012 incoming class. Reed was an excellent all-around athlete for Timberline playing wide receiver and punter on the gridiron and making a name for himself on the hard court as well (basketball hard court, not racquetball hard court). His HS stats were hard to come by, but he was recognized as among the league's best as a wideout following his senior season and landed on the SIC first team. NAIA power Carroll College extended a scholarship offer to Reed and Idaho State was showing interest as well, but the lure of The Blue proved too much for the homegrown receiver/tight end.

If he's a great blocker, this one really fell into our laps. 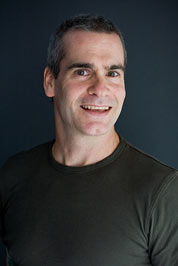 I have no clue. Skinnier Henry Rollins?

Just when you were thinking we need another tight end like we need a hole in the head, here comes another in the form of walk-on Jackson Reed. It could be that Reed, a converted tight end, indeed won't be vital to the success of the squad...but then again, he could be. Not all holes in the head are bad, right? I mean, the mouth and nostrils are pretty vital and I guess they're technically head holes...so there's that. Reed was an All-SIC receiver at Timberline just like former walk-on Tyler Shoemaker was at Mountain View—his career turned out pretty good. So, I'm not going to cast aspersions on Reed's chances to catch on with the Broncos...he could be amazing. Let's be honest here, he's come to the right place to walk-on. BSU has some truly inspiring success stories in recent history of turning these types into all-conference performers and even NFL draftees. I don't really know where Reed lies on the scale of walk-on washout to walk-on legend...but at this early stage in the game, we'll remain optimistic. Reed's services may not be required immediately and I tend to think he's at least 6th on the current TE depth chart, but he can always make a name for himself on special teams, and that's usually a good place for walk-ons to show their worth anyway. He seems to have more athleticism than recent walk-on TE Sean King and a bit better resume to-boot. Remember though, King still stuck with the team, and if Reed doesn't get discouraged and does the same, the staff will find a place for him. So, though I doubt Reed plays this year outside of special teams or so-called "garbage time", he can still do a lot to show his worth and take a step towards a potential scholarship. I'm sure that's his end goal regardless of playing time.

A little-known loophole actually makes anyone named "Jackson" a part-owner of Jackson's Food Stores. Next time you see Reed, ask him for a free Slurpee. He loves that.