TGIF, am I right?

We've got 92 days left until the Broncos crash UW's grand opening, but that roster spot has yet to be assigned so today I'll highlight someone that could don that number come Fall—Gabe Perez

Perez was a standout player on both sides of the line-of-scrimmage at Valencia High, where he played both OLB, DE and running back. Last season for the Tigers, Perez rushed for 375 yards and 4 TDs and made 51 defensive stops (7 for loss) and 7 sacks. He was named first-team All-Empire League as both a sophomore and junior was given a 3-star distinction by Scout.com and rated the #76 OLB in the country by their recruiting service. Perez drew scholarship offers from Army, Colorado, Colorado State, Nevada, Utah and Utah State. 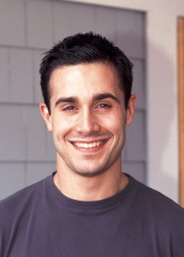 I wasn't being clever by putting "STUD" next to Perez's name...it's now considered a legitimate position on the Boise State roster, just like "Nickel" has become. For the unaware, the STUD distinction is given to the tweener defensive ends that can rush the QB, but also drop back into coverage and play more of an outside linebacker role. The hybrid position was recently made famous on The Blue by Shea McClellin, so Perez has big shoes to fill...but don't all incoming freshman? Perez's high school story actually mimics McClellin's quite well, as he played RB, LB, and DE just like Shea was known to do in Marsing. The big difference is that Perez did his domination under brighter lights and therefore attracted more recruiting attention than Shea ever did. Shea was a first round draft pick, however, so recruiting stars aren't everything...but the blueprint is there for Perez to follow if he has similar aspirations...and don't all incoming freshman?

Perez certainly has the frame to be a menacing edge rusher and also one that will hold enough bulk to make him a dominant run stopper. Since he'll be asked to do both, it looks like Perez is the ideal STUD candidate in the 2013 class. That doesn't mean he'll play this year, however—frankly, I'd be surprised if he does, but once Tim Socha starts filling out that 6'5" frame, and he starts learning the Bronco playbook, I expect him to contribute soon and in a big way. Check out his highlights below.

Strength coach Tim Socha is the person that created the "STUD" position, although he meant it as an acronym for "Strength Training Under Duress".