The Big Board of Boise State’s 2013 football roster

A complete and utterly incorrect ranking of Boise State's best football players, a la Mel Kiper and his ilk

Share All sharing options for: The Big Board of Boise State’s 2013 football roster

Mel Kiper scouts 100,000 million college football players each year and narrows that list down to a Big Board of 25. He is a machine - like a printing press for the World Book Encyclopedia or a train locomotive from the future. I am a machine, like a toaster. The best I can do is make a Big Board of Boise State's current roster.

What follows is my list of Boise State's best players, ranked by their ability in college football not NFL businessball. I defy an NFL team to draft Matt Paradis in the first round!

Aside: Is Matt Paradis too high? His first-team All-Mountain West plaque and coupon book would beg to differ. Seriously, he was the only Bronco to make the team on offense last year, so I give credit where credit's due. I also am biased toward centers with mullets. 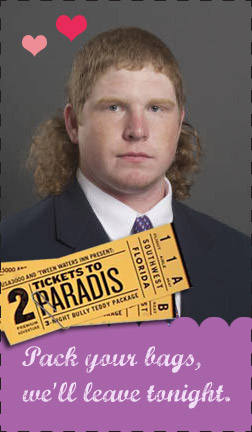 Aside: An Amsterdamian defensive tackle over franchise quarterback Joe Southwick? What am I? A Nick Patti fan? Well, yes. But I also think that Tjong-A-Tjoe is truly a difference-maker in the mold of Billy Winn or Mike Atkinson, circa September 2012. You can put Southwick higher on your Big Board if you'd like (but then we can't be friends).

Aside: Full disclosure, I pretty much lost control of this thing starting at No. 14. I am willing to hear arguments for absolutely anyone below Kirby Moore. Above Kirby Moore, you are an idiot for even questioning me! Just kidding. I'm the idiot. I'm always the idiot (see: every prediction I've ever made on this site, including "Jeremy Avery over Doug Martin.")

Aside: I thought about putting a kicker in here. April fool's! No I didn't.