Memorial weekend is kicking off, but don't stray too far from OBNUG...the countdown rolls on.

We've got 98 days until kickoff, but that roster spot is yet unclaimed...today we'll highlight a newcomer who could don that number—Kamalei Correa 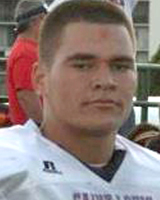 By spurning family tradition, mainly. Ex-Hawaii coach Greg McMackin so coveted Correa that he extended an offer to him when he was barely 15. Correa's brother La‘anui played for Hawaii as did brother Haku, and his mother has worked for UH's athletic department for 20 years. It could be that Kamalei's talent outgrew the island he's called home, but I just think that Coach Pete is a heckuva salesman. Correa committed to the Broncos over offers from Arizona, Arizona State, Colorado, Hawaii, Kansas, Oregon State, SDSU, Utah, Washington State and Wyoming.

The first stupid nickname of the countdown...and far from the last. 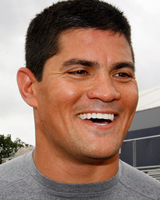 It's been thought by many that Correa could end up at defensive tackle...and he still might, but watching him seal the edge and get after the QB, I can't help but wonder if he'll stay at end. Correa has the frame to pack on weight, and could end up being a Billy Winn-esque tackle for the Broncos, but I like what he can do out of the 3-4 alignment and he has great footwork and excellent ball pursuit. I've said before that I love that we're starting to open up the Hawaii pipeline again...and Correa is easily the biggest get we've had since Jeremy Ioane in 2010. Kamalei has football in his blood, an excellent frame and the kind of tenacity you love to see anywhere on the defensive line—all things that make him an intriguing prospect for 2013. With Sam Ukwuachu in the lineup, I'd say that Correa could afford to take a redshirt year—especially since the signing of 3 DTs in this class wouldn't tend to precipitate a move by KC to the interior. But as we all know, Ukwuachu was dismissed from the team, making the defensive end race a bit more interesting again. Obviously, Demarcus Lawrence will hold down one end, but Beau Martin, Tyler Horn (perhaps), Kharyee Marshall, Sam McCaskill, and Darien Barrett will have to fight it out for the other...and 2 to 4 more DEs will get plenty of PT. The time is right for a player of Correa's caliber to step right into the limelight. He's got the size and athleticism needed, the rest is up to him (okay, and the coaches).

Kamalei is the youngest of five Correa brothers. Last Christmas, a playful wrestling match between the siblings caused over $1M in property damage and triggered a small earthquake.