Broncos to get much-needed video upgrade

This article was originally slated to run yesterday, but SB Nation had a bit of a ghost in the machine the last few days and we were unable to OBNUG. Looks like we're back, so here's some day-old leftovers. Eat up.

Share All sharing options for: Broncos to get much-needed video upgrade

Boise State has needed a new video board for a long time. I dare say that it's been at the top of my personal stadium priority list—slightly ahead of a dedicated churro vendor and getting rid of the pee troughs in the men's restrooms. Of course, it didn't become a five-alarm, code-red, top priority for the school until Idaho seemingly beat us to the punch. Then it was a matter of honor.

Yes, Wednesday afternoon the Vandals appeared to have procured what Bronco fans had been coveting for years when the SBOE approved their plan to get a ridiculously-oversized-for-their-venue 50 'x 30' video board for the Kibbie Dome. The Vandals had something to hold above our heads for all of 15 minutes as the next item on the SBOE's list was to approve BSU's own 60' x 33' video board to replace the black and white Curtis Mathes that currently adorns (snicker) Bronco Stadium. The cost of the new video board? Undetermined...but could run as high as $2M.

So, exactly how big will this new video board be? Well, I prepared a few slides to give you the proper reference points. 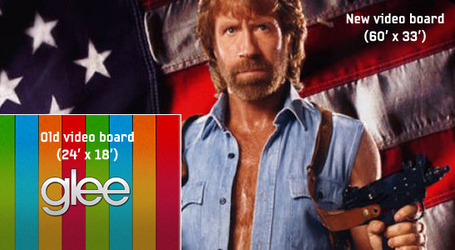 As you can see, our old video board was small and square...in more ways than one. The new board will be manly and American.

As wide as this Gundam statue in Osaka is tall. 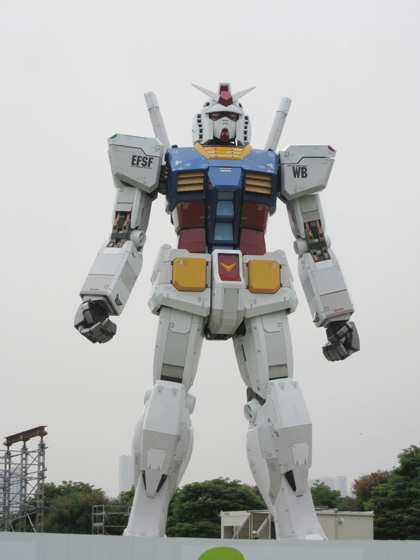 And this snow clearing (also in Japan)... 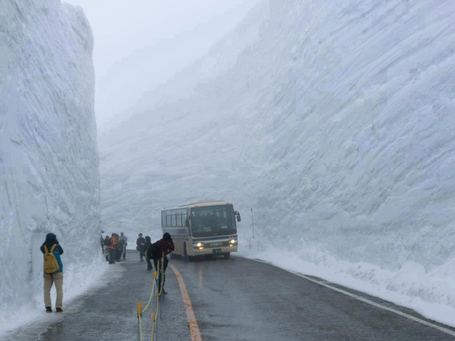 But most importantly, the Broncos could actually gain TWO first downs by running the length of the incoming video board. Praises be! 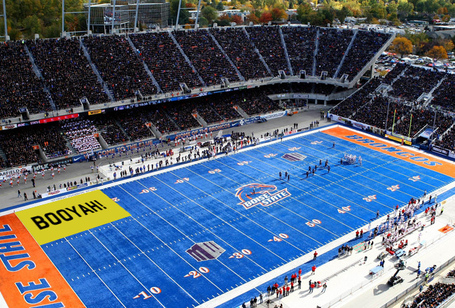 Now, to fix that sound system (and pee troughs)