Share All sharing options for: Coach Rice Adds More to the Stable

Boise State Head Men's Basketball Coach Leon Rice added a recruit and a coach in the past two days. Here is a little bit of information on both. 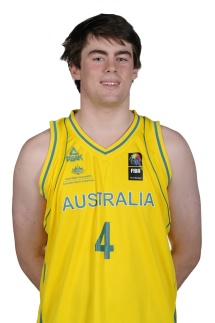 Duncan is a Sydney, Australia native and comes from the Australian Institute of Sport. Sound familiar? That's where Anthony Drmic and Igor Hadziomerovic prepped. The Australian pipeline is strong indeed. In the past decade, St. Mary's out of the West Coast Conference has been the preferred destination for top Australian talent. Having Australian-native John Rillie on staff and, possibly, the recent sanctions the NCAA has levied against St. Mary's may be shifting preferences towards the Great 208.

Duncan is a 6'8" Forward, adding a big man to the 2013-2014 recruiting class (yes, I know James Webb III is 6'9" and is listed as a power forward, but he is 150 pounds at best... doesn't count). Duncan, like his fellow Bronco Aussies, have substantial international experience. Most recently, Duncan played for the Australian U17 National Team that won silver in the 2012 World Championships.

I haven't been able to find any video of Duncan on the internet. By looking at some stats, however, it appears that Duncan probably doesn't have an advanced offensive game. He is definitely a "banger", though, who will bring some toughness and rebounding to the post. 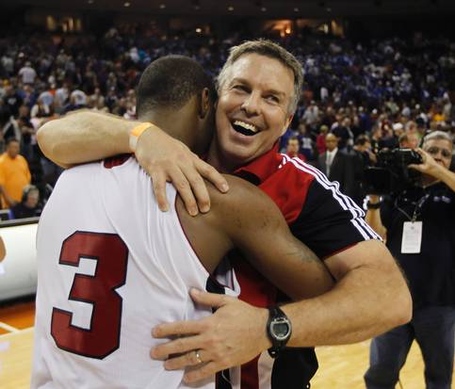 Coach Rice has added Danny Henderson to his coaching staff to replace Dave Wojcik, who Gene Bleymaier poached hired to be the Head Coach at San Jose State. Henderson coached Texas high school basketball for 25 years, most recently at Duncanville High School. Over his coaching career, Henderson amassed a 708-172 (.805) record and garned the 2012 MaxPreps National Coach of the Year.

This is a great hire. I will repeat... a GREAT HIRE. No clue how it happened. Henderson is, by all accounts, an excellent teacher of the game who is very passionate about his players and his profession. This hire also opens up some big time recruiting avenues into Texas. Henderson was the high school coach of current Oklahoma State guard Marcus Smart, who would have been a Top 5 pick had he declared for the NBA Draft.

What say you, Bronco Fans?