Spring ball began yesterday and you weren't there. It's okay, Chadd Cripe was. Here are some notes worth...noting.

Sophomore DT Robert Ash has moved the the offensive line, specifically, to guard. Interesting why? Well, because Ash and Jeff Worthy were two highly-prized DT recruits in the class of 2011 and neither of them will end up playing a snap there. Worthy looked like he might make some noise this year after a suspension-filled freshman year, but then was cut loose before Spring Camp even started and is no longer enrolled. Ash just never seemed to make much noise at all at DT or DE and hopefully will find new life on the O-line. One thing's for sure, he has history on his side making the switch, with successful line-jumps having taken place with Will Lawrence, Matt Paradis, or Chucky Hayes. Still, with the DT "problems" that many are afraid might surface this season, his leaving the ranks of the interior D-line gives one pause. Second look at the class of 2011? Sure. 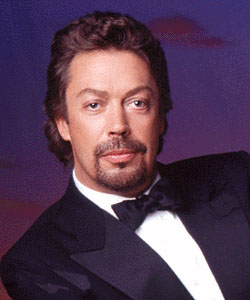 Nevermind about that CB problem

The worry du jour about spring camp is the lack of cornerbacks, with roughly 4 of them by my count (Cleshawn Page, Deontae Florence, Donte Deayon, and Chaz Anderson). But, no matter! Florence and Deayon had enough picks for all of them (if we decided to socialize interceptions). Deayon and the JC-transfer Florence both hauled in two picks apiece on day 1 of camp and are now the favorites to start until someone else does something equally awesome. Oh, and Deayon up to 151 lbs! That's still less than Shane Williams-Rhodes and both placekickers. /sad emoticon

Jay Ajayi, down to 215 lbs. Boo! We want the second coming of Christian Okoye in the backfield.

There might've been bigger gains, but RB Devan Demas looked to pack on some "every down back" type weight and succeeded, with a net gain of 25 lbs. (up to 195 lbs.). He's still the Broncos lightest RB, which actually says a lot about the type of backs we're getting lately, dontcha think?

Ex-Magic Valley times writer Dustin Lapray was a star that was extinguished far too early (went Supernova, I believe). He wore bandanas, wrote flowery prose about football, and now writes for Bodybuilding.com (oh, I guess he still wears bandanas).

"A thund'rous crack pierces the calm of the Spring morn. Perhaps the sound of a collision twixt two helmets? Nay, 'twas just me snapping into a SlimJim. A smile alights my lips."