Tourney Time is upon us!

Taco Bell Arena was on Saturday afternoon and the fans were able to experience a treat as the Boise State Broncos finished off the regular season with a 69-65 victory over the San Diego Aztecs. While in attendance, I got to thinking... Just how have the Broncos done this year in terms of attendance? So, I put together a visual representation of data... TO THE CHART!

As you can see, average attendance grew by over 2,000 fans from last year. Not surprisingly, the number of wins is a strong predictor of attendance, especially in the post-Big West days. I was pretty shocked just how many fans we drew in the Big West days. Drawing over 7,500 fans for the likes of California Polytechnic and Cal State Fullerton is pretty remarkable. After dreadful attendance in the WAC, we are back on the right track. I expect huge attendance numbers the next couple of years as the best class of basketball players in Boise State history gets older, wiser, and more dominant. A team with one senior --ONE-- went 14-1 at home this year! 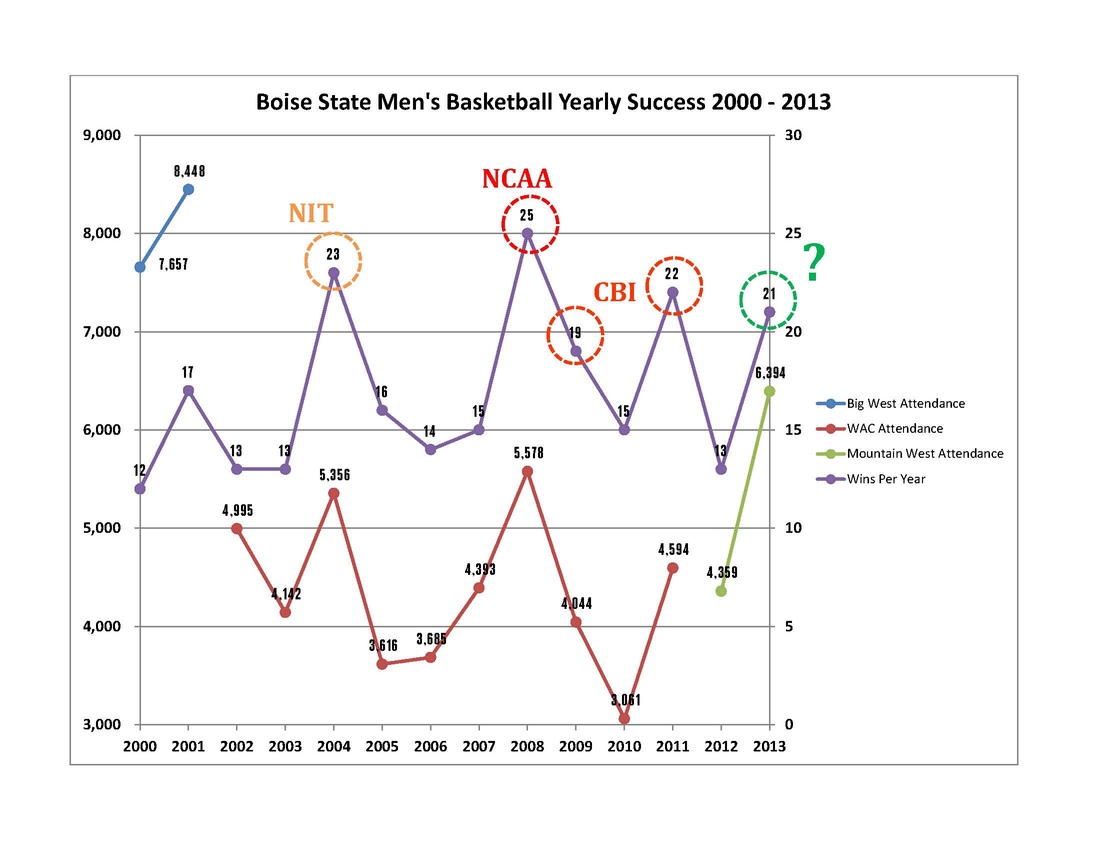 This Week - The MWC Tournament

Back-to-back games against San Diego State to start the MWC Tournament. Both teams have identical 21-9, 9-7 MWC records and split the season series. Should be a good rubber match. The winner in all likelihood will have the privilege of facing New Mexico in the Semifinals. In all reality, five teams have a legitimate shot at winning the conference tournament. This comes on the heels of sixth-seeded Air Force upsetting New Mexico on Saturday, so it's pretty much a crapshoot. 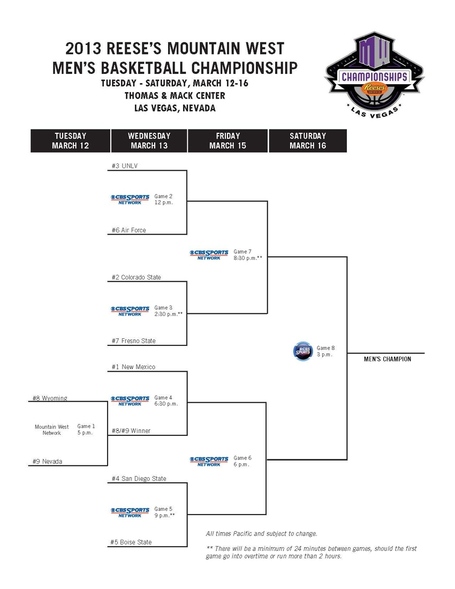 What's on your mind? Is D. Marks/Drmic the Player of the Year? Can we win the MWC tournament?