Broncos in the draft: Jamar Taylor

Taylor turned a lot of heads at the NFL combine over the last few days. Toldja so.

Share All sharing options for: Broncos in the draft: Jamar Taylor 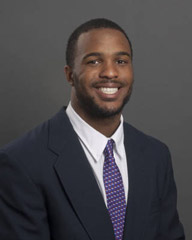 Who they're comparing him to: Drayton Florence (whose kid brother now plays for Boise State)

How did he do?

Amazing. Taylor couldn't have done much better for himself as he followed up a strong Senior Bowl performance with an equally impressive combine showing. Taylor's 4.39 40 was fourth among CBs and just 3 one-hundredths off the top time of 4.36 (set by the awesomely named Darius Slay of Mississippi St.). Furthermore, Taylor tied for first place with 22 bench reps, and 4th in the 20 yard shuttle. Basically, everything he did just underscored what scouts saw at the Senior Bowl, which historically, has boded quite well for Bronco draft hopefuls (Shea McClellin, Titus Young, Doug Martin). Taylor, who's also a high-character guy, will leave the pre-draft combine with a solid 79.5 grade—meaning, that he's expected to go in the first 3 rounds. I think that he could have impressed a team enough in interviews and drills to not be a huge reach in the first, however.

"Taylor is among the best press-man corners in this draft..." —NESN.com

"Fluid hips, smooth in turns and out of the back pedal. Shows the athletic ability to make plays on the football in contested situations." —NFL.com

"Jamar Taylor is a cross between Darelle Revis and Mahatma Gandhi. 'You have no idea what that means'? Your loss." —OBNUG

Plenty of teams should be looking for a solid corner prospect, and Taylor has the tools to play in any system. The team that I hear thrown around the most for a potential landing spot is the New England Patriots, who currently have the 29th pick in the first round and the 59th overall in the second. Carolina, Cincinnati and Washington have also been floated. As much as I dislike the Patriots (sorry, Kevan)...I think playing for a title contender right out of the chute wouldn't be a bad way to go...and hey, maybe Giselle has a younger sister?

Taylor's draft stock keeps rising and he should have a packed house for BSU's pro day on March 21st. I think the thing that teams will like about Taylor is his physicality at the corner position. He can contribute in run support but also lockdown receivers...that is, if the receivers can even get off the line (watch his highlight film below from the BYU game...specifically, the :18 mark). I think Taylor goes no later than mid second round and wouldn't be shocked if he sneaks into the late first.