For the past three weeks or so, the Mountain West and Big Ten have been going back forth as the toughest conference (in terms of conference RPI) in the land. The image below, provided by cbssports.com, shows just how close it is. One-ten-thousandth of a percentage point separates the two. The Big Ten, however, is projected to get seven teams into the NCAA Tournament, while the Mountain West is projected (as of today) to only get four teams in. What gives?!?! I understand reputation matters, and I agree to some extent, but four teams from the MWC would be a travesty.

Hooray... We won two in a row and have inched our way back to .500 in league. Not too shabby. Both games this past week were one point games at the half with Boise State coming out of the locker room hitting on all cylinders. Coach Rice must give one helluva halftime speech.

Two important games this week for the Broncos. First, they need to avenge their loss to Nevada on Wednesday and then meet up with Colorado State on Saturday in a BLACK OUT. Taco Bell Arena should be rockin'. 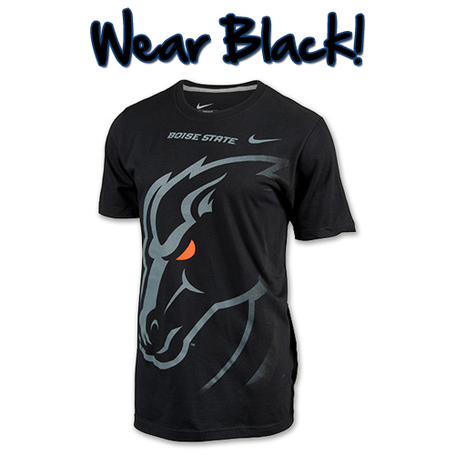 Question(s) of the Day

How far would you go to see Boise State in the NCAA Tournament? Have we arrived at a point where fans will travel even though we most likely will be the lower seed? If we get a 12-seed (as projected by Jerry Palm and seems reasonable) and have to play in the First Four, would you go to that? If we are able to win three or four more games and are seeded 10 or 11, there is a very real possibility Boise State gets shipped to Salt Lake City. How many of you will be begging your BYU friends for a place to crash, having to refrain from uttering the words Fat Guy Touchdown?