Last week, the Mountain West released its 2013-2016 football schedule - in pencil, one would hope! - giving Bronco fans an opportunity to plan ahead for all those Fort Collins, Colorado, vacations we so badly want to take.

Here is my review of Boise State's MW slate.

Boise State plays some bad teams, then Boise State plays some okay teams. Will there be a hotly-anticipated, Top 25 matchup in there somewhere? Something that ESPN might want to get its grubby little hands on? I'm not telling because SPOILERS. Also, I blacked out after the Wyoming-New Mexico-Colorado State tripleheader in the opening act. Needs more explosions! Needs more Vin Diesel!

It's BYU! Back from independence purgatory and looking for revenge! 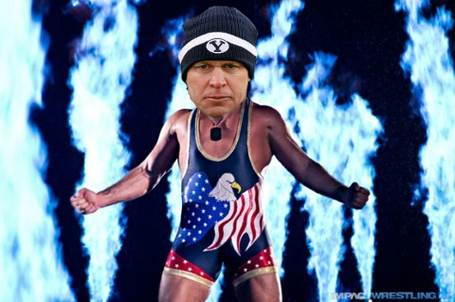 How does one come up with a futures schedule? Computers, according to the Mountain West, the same forward-thinking conference that tapped into the buzzworthy world of Doctor Who and Nintendo 64 to create its new logo.

The formula that the MW used to decide who plays whom remains top secret. But judging by the outcome, their computer modeling involved heavy doses of Angry Birds and typing random stuff into a spreadsheet, emphasis on Angry Birds. "You play three teams home and away for two years, then you play the other three teams home and away. Everyone cool with that? Good! Now on to more pressing matters. Pigs have stolen eggs!"

The Rocky Mountains are indeed beautiful. You know what else is beautiful? California and Hawaii - places that the Broncos will be seeing less thanks to the MW's time-zone-biased configuration. Beautiful San Diego and beautiful Honolulu are on the travel agenda once apiece in the next four years. Albuquerque and Fort Collins are on there four times. Four! Are you ready to enjoy Albuquerque's No. 1 Yelp-reviewed restaurant, Carl's Jr.?

Also, minus points for Wyoming being hell's wind farm.

The schedule appears to have been edited by a bipolar Boise State fan, one who alternately hates then loves the Broncos. In years one and two, Boise State plays the three toughest teams in the West division while fellow Mountain division favorite Utah State gets the three easiest ones. Then in years three and four, things switch. I remember a similar tack in the movie Freaky Friday, and that movie wasn't bad at all, except in hindsight Lindsay Lohan is a human trainwreck and Jamie Lee Curtis is a yogurt poop pitchwoman.

The duration of this schedule serves as a roadmap for Nick Patti's career. By 2016, Patti will be a redshirt senior on the cusp of a darkhorse Heisman campaign and a future career as the Cleveland Browns' attempt at doing a "Russell Wilson." Also by 2016, cars will drive themselves and San Jose State will have regressed tremendously. So much will have changed, you guys.

Protected rivalries would have been nice. Also, a relegation system where the MW's top team goes to the Pac-12 and the bottom team goes to football independence and a 12-game season of home-and-aways against Idaho.

I'm all for scheduling things way in advance, which is how I'm still on the hook for 2011 Rose Bowl tickets. The Mountain West gets points for being proactive, and loses points for creativity, tradition, and fairness. But hey, when BYU and UTEP join a year from now, we'll all forget this schedule ever existed. 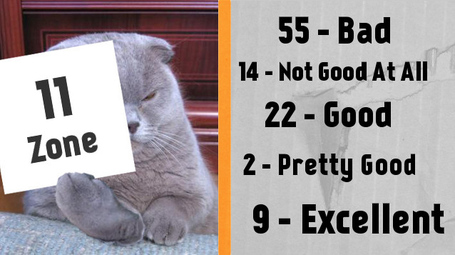