Share All sharing options for: Three Stars, One Goat, and a POG Vote: Boise State vs San Diego State

I originally replaced three stars with the POG vote because I wanted to get the fans more involved. However, after seeing lots of comments in the threads expressing their displeasure with the loss of three stars, I've decided to bring it back. Instead of doing two, stand-alone articles, though - we will meld the two together. Henceforth and forever, it is now Three Stars, One Goat, and a POG Vote.

I'm sure a lot of you will disagree with me here (or maybe not?), given Miller's big-time drop near the endzone, late in the game. However, I'm the one writing the article, and I was once again greatly impressed with the "clutch" that is Matt Miller. Matt was once again the target of the night, and caught just about everything that was thrown his way. It's hard to believe he's only a junior, as it feels like this ice-in-the-veins-Montana-kid has been here my entire life. Miller's final stats looked like this:

Congratulations once again, Mr. Miller. I bet you'd trade all your stars in for a few more W's, but hey, you earned them fair and square.

The Bronco defense has been up and down all year. This has been a hard thing for fans to get used to as we're accustomed to such phenomenal results. I say results, and not talent, because the talent is most definitely there. The Bronco defense is not short on talent. Maybe short on height, as in short-short, but not short on talent. Amirite? But seriously, our stellar defense in years past has kept us in games where our sputtering offense simply could not. This year is different. Our secondary is a piece of swiss cheese depending on the night, and sometimes our d-line decides to catch some shut-eye on third down. Not Saturday, though. The defensive line played extremely well. It was tough to tell who was more impressive between Ricky TAT and D-Law. Those two alone accounted for 15 tackles. Pretty impressive. Had our offensive produced more than a nickel of yards in the first half, this outcome would be entirely different. Kudos to you, d-line. You are young, and talented, and well-deserving of your two stars.

A lot of you will probably disagree with me here. To you I say, I may disagree with me here, too. Ajayi once again was nearly our only viable offensive option. And unfortunately Prince our offensive play-calling kept him from getting the ball more. Kyle Van Noy says Ajayi is an NFL running back, and I agree. He powers through defenders, and sprints up the sidelines for impressive gains. Not only is he a mammoth of a man, but he's a speedy little cat, and nearly impossible to take down in open field. Ajayi once again broke a hundred yards, putting him at 1,181 on the year.

Congrats, Jay. Some better calls on 3rd and 2 may have gotten you even more recognition than this. Love you, bro. #ManCrush

The Goat: Coach Prince and other annoyances

I say "other annoyances" because there is a select group of fans who will string you up by your heels the first time you call for Prince's job. But seriously, they're both to blame. It's the seemingly small things that add up to really annoy me. Like the refs letting the same offensive tackle jump offsides twice and never calling him for it. In a game where one yard could have been the difference between a W and an L, stuff like that has to be caught. Or how about Boldewijn dropping like 24 balls that hit him square in the numbers? Thats annoying. Like really. And I'm not even going to mention Goodale. I mean, c'mon, man. Really we should have never put him in that position. Had we not made these little mistakes for 59 minutes, Goodale would never have had to face those skeletons again. But he did. And they whipped him good.

The offensive play-calling is also atrocious at times, and brilliant at others. But I'm starting to wonder: when it looks brilliant, is it because of brilliant play-calling, or brilliant athleticism by our players making something happen? A QB sneak on 3rd and 2, followed by a dive to Ajayi on 4th and 1 is just silly. How about 67 bubble screens to arguably your most important offensive asset, resulting in 68 yards of offense? Okay not really, but that's what it felt like.

The Broncos feel so close to being able to finish out games, yet aren't getting it done when it matters most. I think there is a legitimate concern when it comes to the offensive play-calling. It doesn't mean you're a bad fan, or disloyal to Pete and the program. It means you're vested in the success of the program. Questions like this is the essence of being a fan. I just hope Pete starts to ask similar questions, because my ulcer can't take another season like this.

Who was your POG? Vote below! 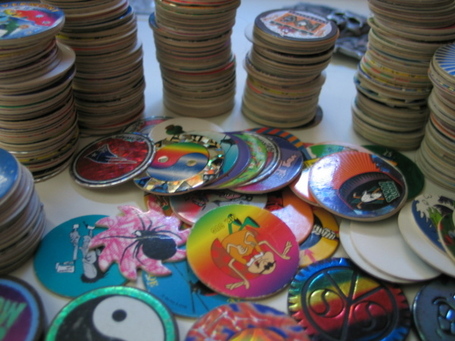