"Forgive your enemies, but first get even." —Lester Cole

Share All sharing options for: Un-know your enemy: Wyoming edition

It's a snowy day in the Treasure Valley and the Broncos face a must-win situation tonight against Wyoming. Will our boys be equal to the task? Will our fans? These questions will be answered in about ten hours, but your questions about the University of Wyoming and their storied history will be answered right NOW...well, sort of. In an effort to bring new life into the Know your enemy series, I've taken to "embellishing" facts a bit (read: making them up). There are still two actual factoids buried in the lot...if you can spot them, kudos to you. Prepare to Un-know your enemy, Bronco Nation.

10) Laramie, Wyoming—the stately home of the University of Wyoming—was founded the 1860s by sadists and named after St. Francis de Laramie, the patron saint of windswept hellscapes.

9) The town of Laramie experienced a "fur boom" in the 1880s as fur trappers from near and far flocked to the area due to a bumper crop of mink and beaver. At the time, mink were highly prized for their back left foot, which was believed to cure dropsy, and beaver tails were used to make everything from snow shoes to chalkboard erasers. The town's size swelled to over 4,000 during the boom and it became widely regarded as the "beardedest city in the west". 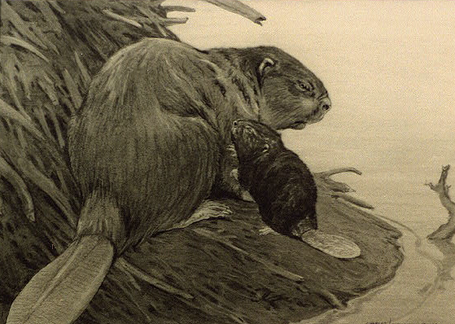 8) The University of Wyoming was founded in 1886 for the purpose of "researching more uses for the stately beaver" and was initially attended almost exclusively by fur trappers. By 1887, the school had accepted female students, so more programs were added with courses in beaver cooking, beaver breeches-mending and beaver string theory.

7) Wyoming played their first season of collegiate football in 1892, under the supervision of Coach Wennington "All Thumbs" Pendergast. The first year, the team went 0-2 against a schedule consisting of The Northern Colorado School of Wrought Iron Manipulation and the Sinclair School for Squinters. The team won its first game in November of 1894, when they defeated the visiting OddFellows Lodge by a score of 8-3. Incidentally, it was the highest scoring game in the in the country that year. 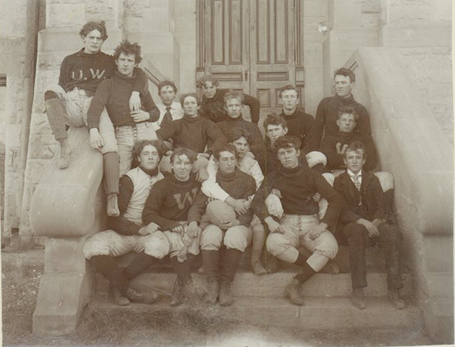 6) The first Wyoming athletic teams competed under the nickname "Sage rustlers" and then were for a short time known as just "Rustlers", which was altered to "Rufflers" and then became "Mufflers" when a newspaper reporter misheard the name and committed it to print. In 1920, a school-sponsored contest changed the nickname once again to "Prairie Quail", which then became "Fightin' Quail" in 1930. It wasn't until 1932 that the school mascot was officially changed to it's current iteration, "Cowboys"—and that decision was only made because western movie actor Tom Mix visited the campus and the school president was looking for a donation.

5) In 1915, Wyoming suffered their worst ever loss at the hands of The Cheyenne School for the Delinquent and Specifically Truant. The visiting Wyoming team had been decimated by Spanish Influenza and were left with just a 175 lb. center, a punter, and a wingback who was a converted water boy. At the game's final whistle, the score was 176-2 (the 2 points were a gift tom CSDST for not forfeiting) and Wyoming coach Bill "Probably Swiss" Borchert remarked,

it was the only time I've cried since being kicked by a mule at age 12.

Adjusting for inflation, it must 16 people to write a Black Eyed Peas song. 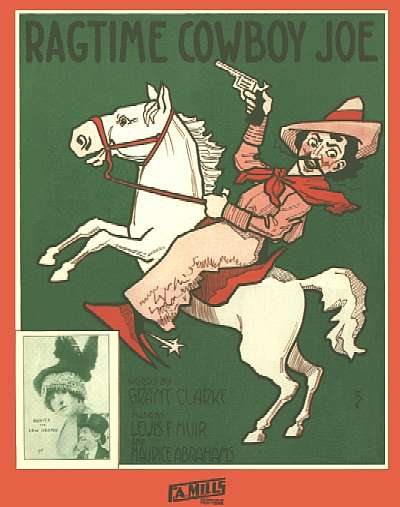 3) Colorado State is Wyoming's oldest and bitterest rival, having played them uninterrupted since 1895, and prior to that, in a past life as a bickering French married couple. The two teams compete for The Bronze Beaver, a symbol of their brief cooperation during the Mink and Beaver Uprising of 1897. Currently, the Cowboys trail in the series 44-55-5 but one loss is disputed (the infamous "starting center is a pack mule" game). 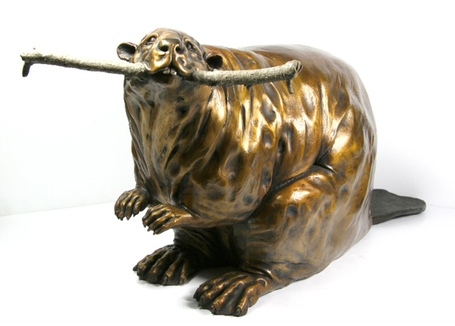 The spoils of war.

2) Former White House Chief of Staff and Vice President Dick Cheney is a Wyoming Alum. After flunking out of Yale, Cheney attended the University of Wyoming and earned both a Bachelor of Arts and Master of Arts in political science. Contrary to popular belief, Cheney was not a member of the university's Skeet and Trap-Shooting Club.

1) The Cowboys play their home games on Jonah Field at War Memorial Stadium. The Stadium currently has a capacity of 30,514 and, at 7,220 feet above sea-level, is the highest altitude field in Division 1 football. The football field is named "Jonah Field" in honor of Wyoming alum and famous newspaper editor J. Jonah Jameson, who is known for blowing the lid off the Peter Parker story. 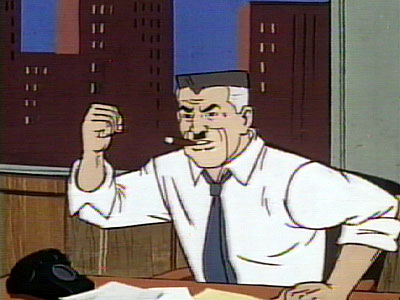