The Boise State grad will be competing for Team World in today's Presidents Cup of Golf, teeing off against the good ol' USA and the likes of Tiger Woods, Phil Mickelson, David Duval, and I'm not really sure who exactly because I haven't watched golf in 15 years. DeLaet goes first at 9:45 today.

Government, in an attempt to throw America a bone with some football it had thought about cancelling, will allow the Air Force - Navy game and the Army - Boston College game to happen this weekend after all.

The Deseret News columnist, in a mostly make-believe column about what could happen to Utah's football teams in the wake of the USC job search, revealed that he is pretty bad at feeling the pulse of Bronco Nation and its vocal knuckleheads.

But after the Broncos started the season getting spanked 38-6 by Washington and then losing 41-40 to Fresno State, a few vocal knucklehead Bronco fans wanted Petersen fired.

The pulse of Dick Harmon? Smug. 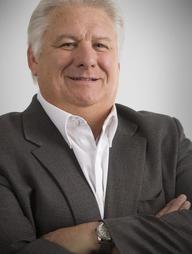 Bruce Feldman cites a source that says Chris Petersen is "looking for a change." Bruce Feldman is the Chip Brown of Adam Schefters.

ETC: Replacing cigarette lighters with USB ports? Brilliant ... Hockey is back ... These dogs.