Share All sharing options for: Burning questions for Boise State vs. Nevada

Do this year's players understand how much I really despise Nevada?

Seriously, it's important to me that they know I've never seen and still run screaming from the room at mention of the 2010 loss.

How weird is it to think that Boise State runs something Nevada invented? (Answer: Super weird and a little icky.)

How can we be sure that Chris Ault really retired and he hasn't just been standing behind Bill Polian this whole time and nobody could see him?

Which running back will step up to take the pressure off Jay Ajayi?

Did the bye help Nevada, you know, with all that rigorous schoolwork?

Can Shane Williams-Rhodes catch 20 passes in a game? Can the Mountain West Player of the Week committee ignore him if he does?

What will Chris Petersen do for an end-of-half encore?

Anyone see that Gravity movie? I was too scared.

Is Nevada's Brock Hekking any relation to Brian Bosworth? 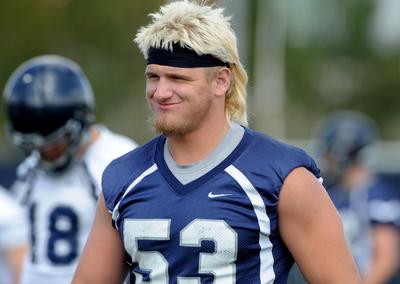 What are the odds on Matt Paradis being homecoming king?

Will beating Nevada be enough to get Boise State back in the Top 25?

When will Ricky Tjong-A-Tjoe get a chance to block a field goal? Sharing is caring, you guys.

Did Thomas Sperbeck's interception rule him out of the quarterback competition next offseason?

Where can I buy Demarcus Lawrence's facemask?

What character from Sons of Anarchy will Gabe Linehan be going as for Halloween?