Demarcus Lawrence may not be available to the Boise media, but he's free to speak with his hometown Aiken (S.C.) Standard

Would love to have him for his season season. Just sayin'...

Speaking of DLaw, Check out the Times-News' photo album from this weekend's game: 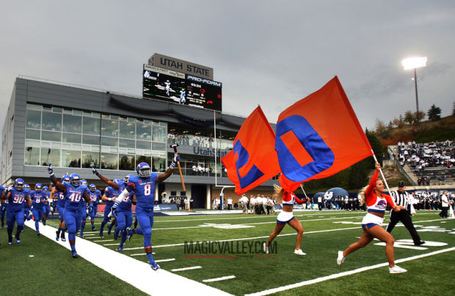 Taco Bell Arena has become one of the tougher courts in the West, as Rice’s squad went 14–1 at home last season. A nonconference game at Kentucky and a December trip to Hawaii for the Diamond Head Classic are tests that should give Boise State fans an idea of whether this season will be as special as they are hoping and expecting. - See more at:

Nick Duncan profile from The Arbiter

I can't wait to see him play. Coach Rice called him a 6'8" Jeff Elorriaga. I'll take it!