"Gentlemen, when the enemy is committed to a mistake we must not interrupt him too soon." —Horatio Nelson

An injury to Utah State's star slinger may have taken a little bit of the edge off tomorrow night's meeting betwixt Broncos and Aggies, but it should still represent a solid conference matchup, a divisional one, even! We know what makes the Aggies tick, but do we know more trivial facts about our newest conference mates? Not as many as we should.

10) Logan, Utah was founded by Mormon settlers in 1859. Brigham Young, famous for being Steve Young's great-great-great grandfather, sent a group of men to survey a fort site in the Cache Valley. The surveyors soon began to divvy up the parcels of land and plant wheat that would later be creamed. The berg was given the name "Logan" after Ephraim Logan, an area trapper of furs (some that were even still attached to animals). Fur trappers in the 1800s were like the pop stars of today, you see. In 150 years, historians will marvel at the humble beginnings of Bieber, Iowa.

9) Utah State University was established as the Agricultural College of Utah in 1888 and two years later the school opened, admitting their first student—a 14-year old girl named Vendla Berntson. Luckily, they had the foresight to enroll more than one student, and they did so...offering courses in "domestic arts" (ironing) and mechanical arts (ironing). The school withstood several attempts to consolidate their campus with SLC's University of Utah in the early 1900s and then in 1957, the school was granted full university status and renamed Utah State University of Agriculture and Applied Science (ironing), a name it maintains to this day although everyone is too lazy to say the whole thing. I don't blame them though, I started to doze just typing it.

8) The Agricultural College of Utah, likely competing as "the Farmers" competed in their first collegiate football game in 1892. The coachless team neglected to score a point against the visiting Utes and apparently were so demoralized by the display that they failed to play another game for the rest of the year and then it slipped their mind to play any further games until 1896, when Brigham Young Academy travelled to Logan to hand them a 6-0 defeat...again, their only game of the "season". The squad didn't play more than one game a year until 1901, when they finally got themselves a coach—the redundantly named Dick Richards, and a six-game schedule that pitted them against the likes of the "Ogden Mutes", the National Guard, and a local high school. They went 3-2-1 and yes, they beat the Mutes, who were unable to call audibles and yes, I'm now going to hell.

7) Utah State has always been populated by a host of religious students and faculty, but what their football team did to Idaho State in 1919 was decidedly un-Christian. On October 11th of that year, the Aggies hosted the Bengals and proceeded to take them to the woodshed (a windowless one, I'm guessing) for four quarters, and when the closing whistle mercifully ended the contest, ISU had been handed a historic 136-0 loss. Coach E. Lowell "Dick" Romney was the Aggie coach that day...and I'm beginning to see where he got his nickname.

6) Before he played Jonathan Garvey on Little House on the Prairie and became the best pitchman FTD Florists ever had, Hall of Famer Merlin Olsen was a heckuva player at Utah State University. Olsen was born in Logan in 1940 and was toughened up by an upbringing that included 9 siblings, but only enough food for 8. Well, at least that's how I envision it. Regardless, Olsen went on to become a star defensive tackle for the Aggies—eventually earning All-America honors AND the most outlandish of all awards, the Outland Trophy as a senior. Olsen was drafted in the first round of the 1962 NFL Draft by the L.A. Rams and would spend his entire career there...a career that saw him selected to the Pro Bowl 14 times and to the All-Pro first team 6 times. Olsen died in 2010, but lived long enough to see his alma mater rename their home field Merlin Olsen Field. A fitting honor for Logan, Utah's favorite son.

5) Utah State's campus is split down the middle by the Logan City Cemetery, where over 17,000 of the dearly departed are interred. One grave commemorates the 136-0 beating of ISU in 1919 and descendents of the participants gather each year to dance on it.

4) Though he's understandably claimed by 3 different universities, Atari founder Nolan Bushnell did attend Utah State for a time. Bushnell founded Atari Inc. in 1972 with colleague Ted Dabny and revolutionized the consumer electronics industry, then as if that wasn't "cool enough" ended up founding Chuck E. Cheese PIzza Time Theatre five years later. For these accomplishments, Bushnell received the "Awesomest Man Ever" Award from OBNUG in 2013. 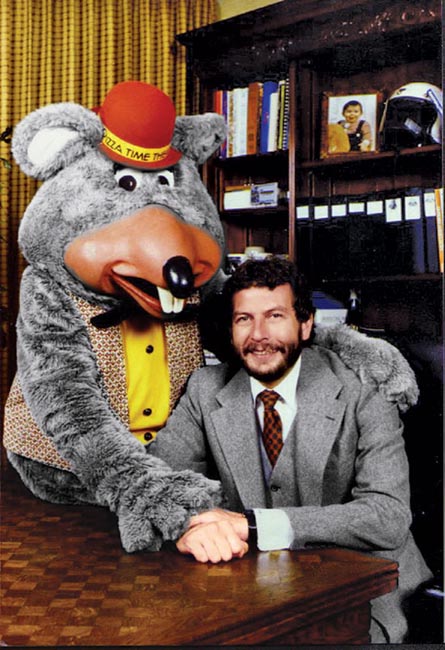 I believe Bushnell is on the right.

3) "Show me the Scotsman" is one of the official fight songs of the Aggie sports teams. Student Ebenezer Kirkham composed the ditty in 1918, but variations of the song had been in use for years prior. The traditional lyrics are as follows:

Slight modifications have been made in the last decade to give the song more bite, however—keen eyed observers might be able to spot the difference:

2) The practice facility for the Utah State men's and women's basketball teams is slated to open in April of 2014. The facility will cost $9.5 million and will be named the Wayne Estes Center. Who was Wayne Estes, you might ask? Well, he was an All-American forward for the Aggies basketball team from 1963 to 1965 and the third-leading scorer in school history. In 1965, Estes was the nation's second-leading scorer behind only Hall of Famer Rick Barry. On February 8th of that year, after scoring 48 points in a game against the University of Denver—Estes was killed by accidentally touching a downed powerline at a vehicle crash near campus. Estes was posthumously named an All-American by the AP following his death. 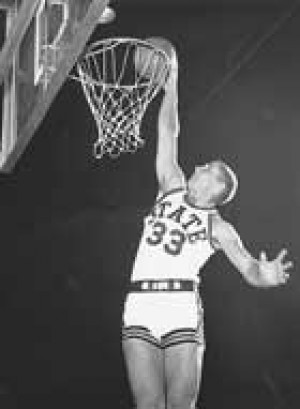 1) In 1976, Utah State purchased a live white bull to act as their live mascot for sporting events. Prior to each home game, and in defiance to PETA, the students painted the bull blue and fitted him with rubber boots to limit the damage he could do to the Smith Spectrum and Romney Stadium. Despite this "precaution", the bull thought of each venue as a glorified china shop and damaged them plenty. Within a year, the live mascot idea was shelved and the bull was retired—oddly enough, coinciding with the "blue burger" sale at a fast food joint near campus.

Bonus Fact: In 1989, for a tax write-off on the unsold inventory, Apple Computer Inc. buried about 2,700 unsold Apple Lisas in a guarded landfill in Logan. Whether it's still guarded is something I intend to find out this weekend. If all goes well, I'll be having a dirt-caked Apple Lisa fire sale out of a rented storage unit in Meridian. 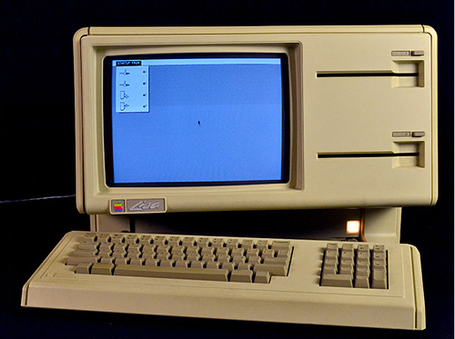