Share All sharing options for: The Mountain West Week 7 preview and power poll

Let's handicap the Mountain West race, shall we? Fresno is a huge favorite to win the West division, even with a classic Fresno chokejob against someone like, say, San Diego State. Only three teams total in the West are conference-undefeated, and one of those teams is UNLV. No offense, UNLV. (But kind of some offense.)

The Mountain division could have only two conference-undefeateds by Sunday morning if the Broncos make good as seven-point favorites. Are Wyoming and Colorado State serious contenders? Maybe so and probably not. Wyoming would be more of a contender if it hadn't lost to Texas State. The Cowboys are a darkhorse, New Mexico is a spoiler, we'll know more about Utah State on Saturday, and poor, poor Air Force. Boise State is the favorite here, coming from a Boise State fan. 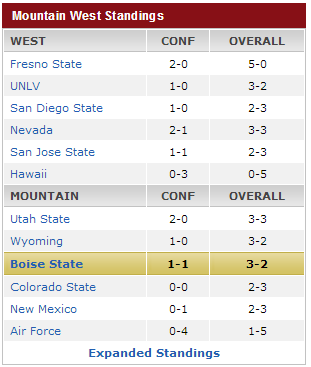 Recap: Conference play begins in earnest this week. Wouldn't want to be Earnest.

Recap: While the Chuckie Keeton All-Stars were losing their Chuckie Keeton, the San Diego State Aztecs were beating Nevada 51-44 in overtime, and everyone else was on a bye pretty much. 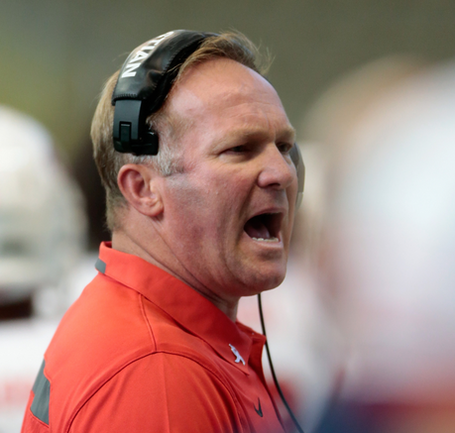 Though it burns me to praise anything Fresno State, I have to hand it to the Bulldogs this week for how they handed it to the Vandals last week. Fresno put a 60-burger - one of my favorite burgers - on Idaho and refused to call off the dogs after going up 47-0 at halftime. In the beautiful words of Tim DeRuyter:

Fresno's Davante Adams had 13 catches, 176 yards, and three touchdowns in the first half against Idaho because the Vandals chose to single cover him and double cover the quarterback sneak. Never let a quarterback sneak beat you, is not a good football strategy.

In my sim of the Boise State - Utah State game, Ian Johnson had 300 yards, and Jared Zabransky did something similar to this to a poor USU defender. 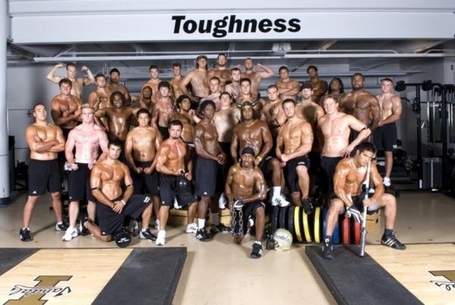