When is a non-BCS bowl not a bad thing?

When you get to play Notre Dame? That's the scenario that USA Today predicts for the Broncos with a Boise State - Fighting Irish Poinsettia Bowl matchup. You had me at "not the Vegas Bowl."

In case you were curious where your $5 stadium hot dog money goes, this is it: 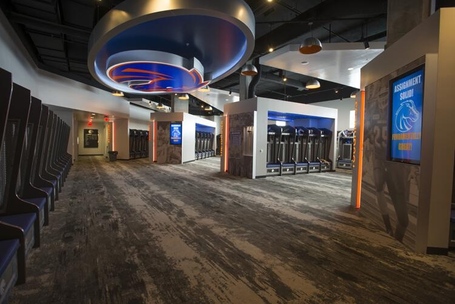 Multiple Boise State players and things are up for midseason awards over at SB Nation's Mountain West Connection, including Jay Ajayi for offensive MVP, Bryan Douglas for defensive MVP, and BSU scoring six points at Washington for DERP of the year-to-date. I'm not sure Ajayi or Douglas deserve those awards, but that won't stop me from voting for them. My homerism is a compulsion.

A reminder that Saturday's game will require some channel hunting as it airs in the hinters of your pay TV lineup: CableOne, channel 410; Dish Network, channel 158; and DirecTV, channel 221.