The Boise State offense gets its chance at redemption against a New Mexico D that is neither BYU nor Michigan State, and that can only be a good thing. Joe Southwick needs some confidence. Matt Miller needs the end zone. Boise State needs a break. Thank goodness the Mountain West schedule is here.

The Mountain West schedule is here!

This marks the first game in the last season of Boise State's Mountain West existence. Winning the conference title is always atop the Broncos' pyramid of goals (my goals are in a rhombus, so maybe that's why things aren't taking off like I'd hoped). So while this game might not mean much to people outside Boise and Albuquerque - and maybe even in Albuquerque - this game is important to Bronco players and coaches. Anything can happen when you get into conference play, unless you are judging by the past 12 years of Bronco football.

For the first time since 2010 and maybe the last time ever, a Boise State game will grace the local NBC affiliate, providing KTVB with endless opportunity to pat itself on the back and cross the bounds of objective journalism by gushing about BSU for six hours. But mostly, Mark Johnson and Tom Scott will be in the booth. That is never a bad thing, whether you're into in-depth Bronco knowledge or unintentional comedy. 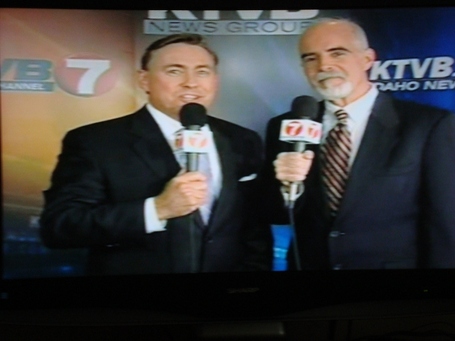 New Mexico is not terrible!

Or are they? That's for Bob Davie to know and you to find out. And find out we will. A 2-2 record can mean a lot of different things this time of year.

Speaking of Bob Davie, the former Notre Dame head coach and ESPN analyst seems to have his act together in his first year with the Lobos, already leading them to as many wins in four games as they had in an entire era under Mike Locksley. Hooray for Davie not being as terrible as the most terrible coach in recent D1A history. 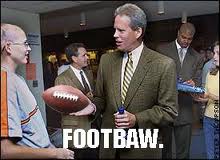