Share All sharing options for: Final pregame thoughts on Boise State vs. BYU

Thought No. 1: What is Joe Southwick made of?

I hate to bring up Joe Southwick again since that seems to be all we have talked about for the past two weeks (or has it been months?), so I'll keep this brief. My point is this: Playing BYU will give us a better measuring stick for Joe Southwick than the measuring stick we got against Miami (OH).

What did the Miami (OH) game tell us, really? It told us that Southwick will be a perfectly fine quarterback against all the medium-to-worse teams that Boise State plays this year. I'm not sure we can learn much of anything from Southwick's last-Saturday performance that will give us a clue as to how tonight will go. Sure, he got more game experience, but he got no more Next Level Defense experience than he has had since the Michigan State game.

I have no clue.

So while I'm glad that Bronco Nation has, for the most part, stopped burning Southwick in effigy, I personally do not feel that I really know what Boise State has at the quarterback position. Tonight will tell me a lot.

And then the Mountain West schedule will hit and none of it will matter.

Thought No. 2: How many turnovers is too many?

So how many giveaways can the Broncos get away with and still win?

A couple of thoughts:

Considering that the two turnovers against Miami (OH) were either in the red zone or inside the Bronco ten-yard line (and resulted in a 14-point swing), maybe that last point isn't as relevant as I think.

I tend to think that the impact of crowd noise is somewhat of a myth.

Coach Pete says it matters, so I'm obviously wrong on this point. But that doesn't keep my mind from continuing to think that a big-time college quarterback is not so easily rattled as to lose his cool when 3,000 people stomp on metal bleachers. I believe that crowd noise impacts communication and snap counts, but beyond that? I'm doubtful.

(And again, let me reiterate that I am wrong on this. BYU quarterback Riley Nelson admitted that crowd noise had a negative effect on the Cougars last week in their loss to Utah. If the players and the coaches say it matters, then it must matter.)

I really like the idea of a Boise State - BYU rivalry, but I can see where Coach Pete is coming from when he balks at a 12-year forced relationship with the Cougars. In a perfect world, BYU would be a conference rival. (So basically a perfect world would have been the one with the Mountain West that the Broncos thought they were joining.) We may get that wish with the Big East, but for now, we'll have to enjoy the non-conference dates and hope they don't get old.

Thought No. 5: Surprise of the season

When thinking about the Boise State defense coming into the year, it seemed clear that the defensive line would be shaky, the secondary would be solid, and the linebackers would be outstanding. Two games in, would you say those roles have flipped?

The defensive line is playing lights out, especially compared to how they could have looked replacing their best five players from a year ago.

The secondary has been incredible, both in making plays and in shutting down the passing game.

The linebackers, relative to the rest of the D, have been quiet. J.C. Percy, Tommy Smith, and Blake Renaud have played well, but I would have thought that the heaps of praise would have been greater by this point in the year. 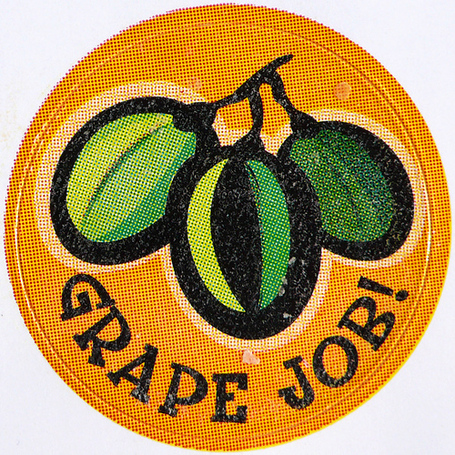 People due for things

We are 120 minutes into the Boise State football season, so here are some firsts that will be happening sooner rather than later:

Got more? Add them in the comments.