3 weeks, folks. The Olympics seem like they've lasted at least that long. We've got this.

We've got 21 days until kickoff, but I already highlighted the player that will wear that number, Jack Fields, back on day 36...as luck would have it, another player will be donning the #21 this year—walk-on Trey Corta

Corta was a do-everything player for Homedale High School (about 42 miles from Boise). Homedale isn't a big town at only about 2,600 residents, and it doesn't have much of a reputation for producing high-profile football talent—I'm assuming that Corta would like to change that last part. Corta starred for the Trojans at quarterback, defensive back, and on special teams—in fact, there's a good chance that he never really came off the field. As a senior in 2011, Corta passed for 836 yards and 9 TDs, rushed for 963 yards and 15 TDs, made 34 tackles and an INT and for good measure, also handled kickoff and punt return duties part-time. Corta was named a second team all-state defender following his senior year and lined up a preferred walk-on spot soon thereafter.

Get a shot of Corta Zone.™ 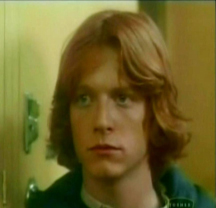 Second team all-state in 2011. Press Tribune Athlete of the Week in September of 2010 after rushing for 267 yards against Nampa Christian.

Corta may face long odds to crack the cornerback rotation during his (hopefully long) Bronco career, but I doubt he faces any longer odds than, say, Josh Borgman..another local walk-on that lacks the size of Corta but has become a special teams standout and currently sits second on the CB depth chart behind Jamar Taylor. I think Borgman's career arc should be a good template for Corta—maybe even that of Travis Stanaway. Corta is not tiny, but he's not terribly big. He's not brimming with versatility or dripping with raw athleticism, but he can contribute, and that's about all most walk-ons (especially of the local variety) come looking for—at least initially. If Corta knows his place on the pecking order and sells out to help the team any way he can, he can follow in the footsteps of Ia Falo or Hazen Moss—special teams standouts that slowly worked their way into the positional depth chart. Corta obviously has a decent-sized football IQ, having played various positions on the field...this never hurts with someone like him, who may lack some of the other skills that some of the more highly touted recruits have. Football smarts and superior effort are the great equalizer on the football field and if Corta embraces that fact, his Bronco journey will be a success. We root for all of our Broncos, but I'll admit I root extra hard for our unheralded walk-ons to carve out their place in Bronco history.