All the numbers on the roster have now been officially assigned. Here's where things get tricky.

We've got 22 days until kickoff, but the guy that will actually don the #22 jersey, Chanceller James, was highlighted back on day 50, so today, I'll highlight a guy that's doubled up at #16 with QB Joe Southwick—Deon'tae Florence 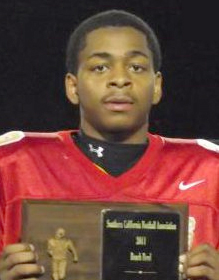 It's been a long, strange trip for Florence as he was lightly recruited out of Largo, FL, while playing "out of position" at safety, but he also failed to qualify academically, so he trekked across the country to California where he enrolled at Butte College and redshirted for the football team. After his redshirt year was up, Florence decided that College of the Desert was a better fit for him, gridiron-wise, so he transferred there and had an impressive freshman campaign, racking up 11 INTs on the year (although only 8 "stuck" as 3 were negated by penalties away from the ball). Then, Florence's recruitment picked up as he was offered by Georgia Southern, Troy, and of course, Boise State. He picked the Broncos and arrived for summer workouts with "3 years to play 3".

"Florence and the Machine"

This nickname is what happens when you're listening to an indie rock station on Pandora while writing your countdowns. 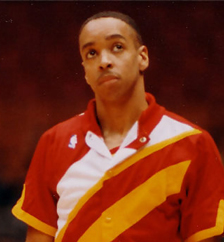 11 total interceptions in freshman season at College of the Desert. 55 tackles, 5 PBUs and an INT as a senior at Armwood.

I don't know what kind of playing time Florence is looking at this season, but with his redshirt year already burned, I wouldn't be surprised if the coaching staff tried their darndest to get him on the field in some way, shape, or form. We should be set at the top of the CB chart with seniors Jerrell Gavins and Jamar Taylor coming back with a vengeance. Taylor has looked very good in camp so far (so we've heard, anyway) and Gavins, if fully healthy can easily be an all-conference type of defender for us. Just who will step into the primary backup roles or seize the dime CB slot will be decided in the next few weeks. Florence already has JUCO experience and looks to be quite a ballhawk, so I'm sure that he's right in the mix. I would expect Bryan Douglas, Josh Borgman, and Ebo Makinde to have the inside tracks at the #2 spots with Makinde probably the favorite for the 3rd corner position. We have talented frosh coming in, however, with Donte Deayon and Chaz Anderson, and I wouldn't entirely rule those two out either. The bottom line is that Florence will have his hands full learning the playbook and fighting off a host of challengers, but if he's as good as advertised, I think we'll still get to see him sparingly this season. I think he can immediately avail himself to the special teams units and prepare mentally and physically for 2013, when our top two guys are gone and the cornerback race begins anew.

Deon'tae's big brother, Drayton, also will be playing for the Broncos this season—although it will be the Denver variety. Drayton Florence is a 10-year NFL veteran who was drafted in the 2nd round of the 2003 draft by San Diego. He signed with Denver in May...right around the time his little brother was committing to our hometown Broncos.