Day four of Boise State football camp was Holden Huff Day as the redshirt freshman tight end made it rain big-bodied touchdowns. He is playing great, according to those who have seen him play (read: not us).

Redshirt freshman TE Holden Huff had a huge a.m. practice — a 65-yard TD catch and three TDs in red-zone work. Having a great camp so far.

In addition to Huff's star turn, Chadd Cripe reports that former Future Running Back Star Jay Ajayi is looking sharp and former true freshman fullback (like, as of four days ago) Armand Nance was wreaking havoc as part of the D-line. We'll have to take Cripe's Twitter feed's word for it that these things are true, but one thing we can know for ourselves, courtesy of Brian Murphy's iPhone camera, is that JUCO DE transfer Demarcus Lawrence has some sick pass rushing moves.

Apparently, the Boise State first-team offense has been lighting things up in non-contact practice so far (padded practice starts today). That's great and all, but it really just makes me wonder with increasing paranoia who exactly is manning said first-team offense. Chadd Cripe, give us answers! 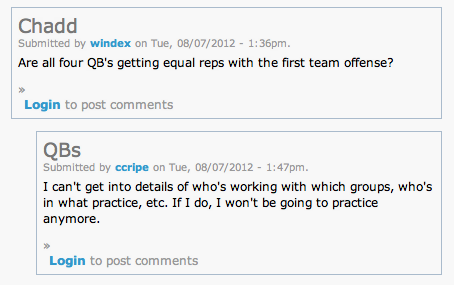 I don't know what's worse: not knowing who is starting at quarterback or having the same thought as a Statesman commenter. Actually, it's the latter. Definitely the latter.

Either the worst uniforms you will see or the coolest

These are the new Wisconsin uniforms that they will wear against Nebraska this season.

You can now fly direct from Boise to Honolulu

You should do that. November 10, maybe. Or this weekend. 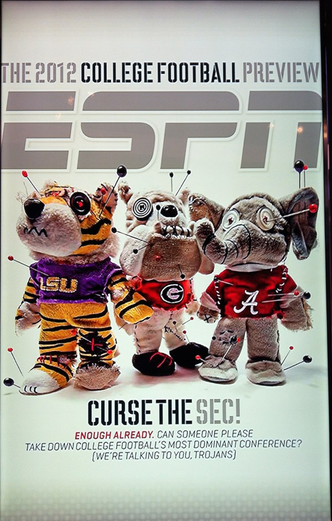