It's a hot and hazy day in Boise, Idaho...but as usual, the countdown is a perfect 77º and clear.

We've got 24 days until kickoff, so today I'll highlight the player with the #24 jersey on the Broncos' roster—Hazen Moss 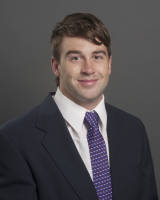 As a three-year letterman at Rifle High School, Moss excelled playing both linebacker and quarterback. As a senior, he was named first-team All-Western Slope and first-team all-state. His senior season alone, he passed for over 2,000 yards as QB and racked up 120 tackles at LB. In addition to football studliness, Moss earned four letters in track and one in basketball. Moss still holds school records in the 800 and several relays. No slouch in the classroom, Moss earned four academic letters and was academic-all-state for three years running. Though ACL injuries hampered his high school career, and scholarship offers didn't pour in, Moss was still able to get his foot in the door of the Bronco program as an invited walk-on. He redshirted in 2008.

If only because everyone, at some point in their lives, has to see this video (warning—Blazin'): 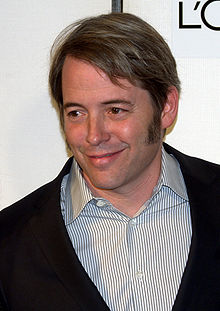 Moss may not see the field much this season at safety, but he'll still be one of the funnest players to watch. This statement seems counterintuitive until you see Hazen Moss on special teams. He is the absolute embodiment of what it takes to be a special teams star...he launches his body into defenders, tears down the field with reckless abandon...it's a pleasure to watch him play, quite honestly. And Moss is the embodiment of the mentality it takes to be a Bronco. He was an unrecruited and undersized star at his Colorado high school that had to "settle" for a walk-on spot with the Broncos at a position (LB) with precious little space for him...but he persevered, worked hard, and found his niche. Now he's a special teams demon because he takes his role very seriously, and I think if he brings the same mentality to the defensive secondary, he'll get his PT there as well. Jeremy Ioane is obviously the odds-on favorite to start at strong safety, and if he stays healthy, should be pretty firmly entrenched. Behind him, however, a race will likely be developing in camp between Dillon Lukehart and Moss. Moss has the experience edge, but Lukehart is probably the better athlete. If Ioane has truly figured out the defense, I hope that we don't "need" to see either Lukehart or Moss outside of garbage time in 2012, but at the same time, I hope that either is ready to go at a moments notice. I think Moss will play sparingly in the secondary in this, his final season with the squad, but I think he'll continue to be a leader on special teams and an inspiration to those that yearn to live out their Bronco dreams one day. Kickoff time is Moss time.

Hazen's great-great-grandfather, Roscoe Moss was the inspiration for the phrase "a rolling stone gathers no moss" after he emerged from a 1910 rockslide unscathed.