Fall Camp starts today! I hope you have your sleeping bags ready...I'm bringing the S'mores.

We've got 26 days till kickoff, but that number has yet to be officially assigned on the roster, so today we'll highlight one of the last remaining incoming freshmen-—Donte Deayon

Deayon committed to the Broncos last summer when his official offer was extended at Boise State's camp and the senior season he had after must have underscored that the coaching staff made the right decision. The small, but football-savvy Deayon had a stellar 2011 season where he led his team to a state championship as a cornerback, running back, returner and receiver. Deayon was voted the Sunkist League MVP and the All-CIF MVP after recording 92 tackles, 4 INTs and 2 blocked punts and rushing for 1,266 yards and 15 TDs and catching 27 passes for 632 yards and 11 more TDs. Deayon had 19 INTs between his sophomore and junior seasons, meaning that he ended his career with the Inland Empire record for career picks. He was first team all-state and all-county as both a junior and senior, and was also co-MVP as a junior. Deayon had one other offer from San Diego State (man, we really win a lot of those recruiting battles against the Aztecs).

Fans of 14th-century epic poems will love this one. 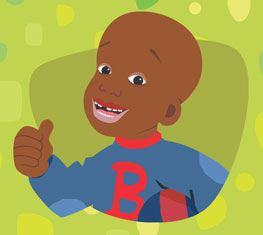 A 5'9" 155 lb. cornerback is probably one of the last guys you'd expect to make an immediate impact, but just like the equally diminutive Shane Rhodes, Deayon may be one of the biggest playmakers to arrive with the class of 2012. Deayon's career achievements speak for themselves—he left Summit High with the most career interceptions in Inland Empire history...no small feat considering the talent-rich area in California is a Division 1 football factory. Now Deayon will try to gain a spot on or near the top of the secondary depth chart, and I wouldn't be all that surprised if he gets one.

The Bronco secondary has a chance to be the real strength of the Bronco D in 2012, but will have to rely on the development of quality depth. We simply can't afford to have the kind of regression we had last year when our starters were out or dinged up. It's because of last year's debacle (I'm looking at you, TCU game) that I'm sure all of the secondary is viewed as "wide open" as camp begins. Sure, there are the favorites to start at the various positions (Taylor, Ioane, Hightower, Gavins), but behind them, the depth chart is bound for a shakeup and I doubt that seniority will have any effect on the 2-deep. Deayon's knack for creating turnovers and overall versatility could have him vying for a role, and he'll duke it out with Makinde, Douglas, Borgman and the rest to get it done. Of course, there are other newbies like Chaz Anderson and Chanceller James that will inject themselves into the corner and safety races as well. Fall Camp is going to be interesting this year, you can count on that (and look! it starts today). In any other year, I'd say that Deayon's size and inexperience would solidify his redshirt status, but this is a true rebuilding year (call it "reloading" if you wish) and the quality of recruits is getting better and better. Deayon might just find his way onto The Blue in 2012, even if it's in a special teams capacity—but regardless of how quickly he finds the field, I'm sure by the end of his career, he'll prove the adage that good things come in small packages.

At age 10, Donte found some magical sneakers hanging on a high-wire. Upon putting the sneakers on, he realized that he now had the power to be just "like MIke". Unfortunately for Donte, the Mike was not Michael Jordan, but Michael Moore—so he spent the next two years eating Ben and Jerry's ice cream and trying to take down Exxon.