I won't be at the game this Friday, but I'll be there in spirit. I sure hope my spirit does some good tailgating...it loves bratwurst. 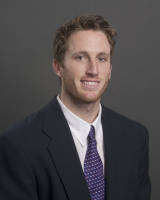 He's a punt return wizard or something. 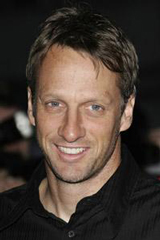 Still getting a Tony Hawk vibe from Chris.

Played in 10 games for the Broncos in 2011 with one start coming against Toledo. Second on team (and Mountain West) in punt return average. Ranked 13th nationally in punt return average in 2010. 76-yard punt return touchdown against Vandals. 78-yard TD reception against New Mexico State. Named to 2010 WAC All-Academic team. Played in 12 games as a redshirt freshman in 2009. Caught eight passes throughout the season for 60 yards and returned 10 punts with an average of 12.9 yards per return. Named LA Daily News Offensive Player of Year at Oaks Christian.

Potter's 290 career receiving yards and 1 score aren't huge tallies, but the fact that he contributes in so many other ways really makes Potter an invaluable member of the team. Potter brings sure hands and the same type of one-cut burst to the return game that we'd previously seen in players like Kyle Wilson, Chris Carr, and Tim Gilligan—and he routinely makes teams pay. Last season, Potter's 55-yard return against Georgia was a real spark for the Broncos, and the year before, his 76-yard punt return TD against Idaho was devastating to the hope-filled Vandals and hilarious for all watching. Another dimension that Potter brings to the Broncos is his running ability...he's been one of the primary players utilized when the Broncos line up in the wildcat formation and can tuck and run, hand off, or pass. This season, we may still see Potter line up in the wildcat, although I think that Grant Hedrick might also be an option there as he's a bit more accomplished a passer. Wherever we see Potter lined up this season he has the ability to score...he's an explosive playmaker that plays bigger than his stature would indicate. Side note: he's no longer the lightest player on the team—true freshmen Donte Deayon and Shane Williams-Rhodes are both lighter, although he is still lighter than 5'5" placekicker Michael Frisina...how embarrassing. I expect big things from Potter his senior season. He has nothing to lose and I think he'll want to plug and play wherever the team needs him. Go get'em, Chris.

Potter still holds the high-score on the C.O.W. Boys of Moo Mesa arcade game at the Westlake Village Round Table Pizza. To this day, it's his finest accomplishment.