Just eight days remain in our venerable countdown. Trust me, you won't miss it when it's gone.

We've got 8 days until kickoff...so today we'll be highlighting #8 on the Boise State roster—Nick Patti 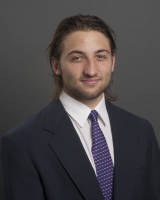 Patti had an illustrious prep career at Orlando's Dr. Phillips High School where he held a 34-4 record as a starter. In Patti's final season, he was named to the Semper Fidelis All-American team and participated in the Elite 11 camp finals (where he was tutored by none other than Kellen Moore). As a senior, Patti was a finalist for Gatorade National Player of the Year honors and for Florida's "Mr. Football" award and was named the 8A Florida Player of the Year. Also following Patti's senior season, he was named offensive player of the year by the Orlando Sentinel, Bright House and the Orlando Touchdown Club. Patti left high school early to enroll at Boise State, but not before he'd set school records for completions (374), yards (5,701) and TDs (66) and completion percentage (67%). Scout.com rated Patti a 3-star prospect and the 39th best QB in the country (despite making the final round of 24 for the Elite 11 camp)—he had offers from UCF, Indiana, Louisiana Tech and South Florida. 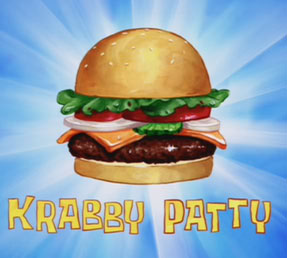 Pictured above: Nick after his performance in Saturday's scrimmage.

With Patti, many of us dreamed the impossible dream and then promptly woke up this past Saturday night. Whether we were dazzled by his skill set or just desirous of having another 4-year starter—many in Bronco Nation (myself included), saw Patti as a guy that could come right in, absorb the Bronco playbook and then redefine the offense for the next 4 years as a dangerous dual-threat QB. Then, we all learned why true freshman are rarely named starting QBs in college, and especially not at Boise State. Patti made a good run at the job, and frankly, was pretty darn impressive for a kid that barely set foot on campus but 8 months ago...but it's a good idea to remind yourselves that even Kellen Moore redshirted—and behind a QB that failed to "excite" many Bronco fans, Taylor Tharp. All Tharp did was go out and write his name in the Bronco record books for one of the best single seasons in school history. Of course, we all forgot about Tharp after Kellen came in and rewrote the books in virtually every category...but we shouldn't forget the lesson we learned with Tharp—the flashiest guy isn't always the best guy for the job. I've no doubt that Patti will be a great player for us...he may even push presumptive starter Joe Southwick hard next offseason and make things real tough on the coaching staff. I have no doubt that he'll likely be a favorite to win the job in 2014 as a wizened old sophomore. We just have to get used to the fact that the "Patti wagon" was built more on hopes and dreams than reality...and maybe this year that's for the best.

Growing up on the mean streets of Orlando, Patti would often hang out with this gang of toughs down at Epcot Center. 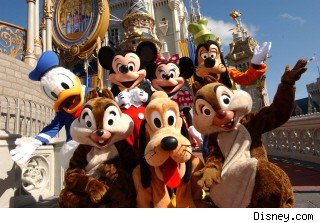