Fall Camp starts in 2 days. Finally, we'll find out who the starting long snapper is. #TeamRoberson 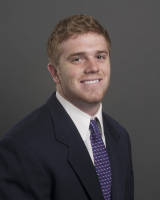 Already used "Bravehart" last year, but I'm confident that we have enough heart puns to make it through the next 4 years. 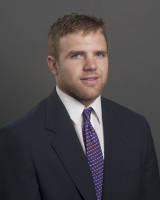 Is Dillon the lost Burroughs brother? Only Maury Povich can tell.

Well, we all knew that Lukehart was a versatile athlete, but the coaches keep us guessing. Upon Lukehart's recruitment, it wasn't 100% clear whether he'd be playing running back or linebacker...now it appears he won't be playing either—at least for now. Before last season, it was first suggested that Lukehart might grayshirt and join the RB corps this past January...then we learned he'd be playing linebacker and that he'd likely redshirt instead. Now, the depth chart shows him at safety, and while we haven't had a chance to see him at the position yet, I'm confident that the coaches like what the local product brings to the position and the depth chart. Honestly, we're a bit thin at linebacker as well, so I certainly wouldn't have batted an eye had he stayed at (O)LB...and I can say I'm slightly worried about quality depth at the LB position, specifically OLB. However, when you really examine the safety depth chart(s) as well, you quickly realize that that position may be in even more dire straights.

Just 5 Broncos are currently listed as safeties on the roster—with one injured (Taylor Loffler) and two true freshman (Chris Santini and Chanceller James). When you pull in "DBs", you likely gain Hightower (presumptive free safety starter), Agbaroji, Moss and Darian Thompson. So basically, we have few givens and a lot of question marks. The too-early depth chart released at MWC media days has Ioane being trailed by Hazen Moss at strong safety and Hightower being trailed by Agbaroji at free safety. I think the free safety chart might stay accurate with Thompson possibly worming his way into the discussion when camp starts. Strong safety I see changing. Moss has been an excellent special teamer for the Broncos, but I get a feeling that Santini or Lukehart might end up duking it out for the 2 spot at SS this year. Not that I have no confidence in Moss to stay put, I just think Lukehart and Santini are more natural fits—even with Lukehart being relatively "new" to the position. It's not that we have a lack of warm bodies at safety, it's that we have very little experience across the board. Hopefully Lukehart can really embrace the safety position and flourish—I guarantee he'll be a big factor on special teams this year even if he doesn't.

Lukehart only cut his hair because Willie Aames threatened to sue for copyright infringement. 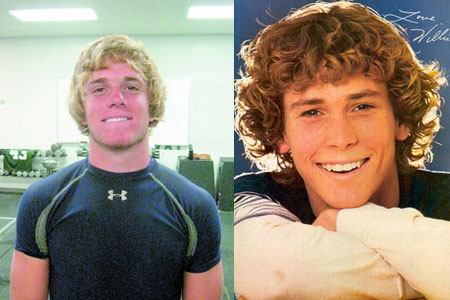