We're at our final palindrome day of the countdown, which seems fitting since we've finally arrived at the number Kellen Moore wore and was so good he was simply "number one, twice".

We've got 11 days left until kickoff, but the current bearer of the #11 torch—Shane Williams-Rhodes—was highlighted waaaay back on day 80. 2 players bear the #18 jersey and on day 18, I highlighted Aaron Burks. Today, I'll make things up to the other #18—Jake Van Ginkel 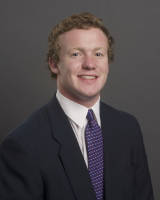 I am surprised we landed this kid. He hails from the state of California where he wowed scouts with his strong leg that was displayed as early as his freshman year. In the same game as a freshman, Van Ginkel found the uprights from 57, and 58 yards respectively. Van Ginkel comes from a family of natural born kickers. At the age of 8, Jake’s father would take him to the field where he was developing his two older brothers to be great kickers. Jake would retrieve the kicks of his older brothers which lead to being part of a kicking legacy in the Van Ginkel family. As a sophomore Van Ginkel recorded 58 touchbacks. As a junior he converted on 40 PAT’s, 9 field goals, and forced 48 touchbacks. As a senior, he recorded 45 successful PAT’s and 14 field goals, and forced 47 touchbacks. As a senior Van Ginkel was selected by MaxPreps All America team, and selected by MaxPreps as all state.

Is it a coincidence that Van Ginkel's name rhymes with the most notorious placekicker in cinema history? Probably. 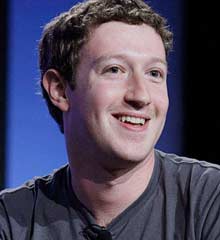 Facebook CEO and guy with more money than you, Mark Zuckerberg

Kicking 57 and 58 yard field goals as a freshman is a good start to a kicking career. Named as a junior to ESPN’s Junior All –America and named as a sophomore to ESPN’s sophomore All-America team.

Given that Van Ginkel was the scholarship athlete, and supposedly better kicker...I thought for sure that he'd burn his redshirt last season when the Bronco kicking game truly needed a replacement for Kyle Brotzman. Also considering that the main competition he had, Dan Goodale, was also a freshman...and a walk-on at that, it seemed sure that we'd see Jake's leg in action early and often. We didn't, and then lighting struck twice with a botched FG costing us a BCS berth and many started to really wonder what exactly was eating Van Ginkel. He seemed to have the leg and the accuracy, but the coaching staff didn't have confidence in the youngster. When Van Ginkel was left home from the Las Vegas Bowl for not "deserving" to go (Coach Pete's words), some started to wonder whether we'd ever see the highly-touted kicker on The Blue™. The fact that Van Ginkel is being held out of Fall Camp and won't be able to join the team until school begins makes me think there might be validity to that theory. I honestly hope not...but Van Ginkel's promise is starting to fade, along with his hopes of becoming the Broncos go-to guy in the kicking game.

A hopeful note was struck at last night's scrimmage, however, when the practicing placekickers hit 10-of-11 field goals. Senior JC-transfer Michael Frisina was a perfect 5-for-5 and Dan Goodale was 5-of-6. It's worth noting that all the kicks made last night were 37 yards or less and Van Ginkel is the guy that allegedly has the 37 and up range...it might just be that if he can crawl out of whatever dog house he seems to be in right now with the coaching staff, that he will be asked to come in and try for longer range field goals. Or it could be that Boise State won't even attempt a field goal this year if it's outside of 40 yards (Goodale's costly miss last season against TCU was a 39-yarder). We've got enough specialists on the team to be in good shape depth-wise, but we seriously need a consistent kicker for field goal situations and PATS (the Broncos missed 8 of those last year too)—Van Ginkel showed that consistency in high school, now he needs to show he can consistently provide the coaches with what they want to see off the field and he should be a factor in 2012.

In warmups last year, Van Ginkel booted a kick that sailed so high that it hit Channel 7's weather chopper, knocking Larry Gebert out of the cockpit. Gebert was saved from serious harm by his mustache.