The Boise State Defensive Line: it's like the Little Shop of Horrors, but in a good kind of way. 2011 may have been the season where we saw the best defensive line in Boise State history. 2012 may be the second best.

After losing all four starting defensive lineman to the NFL, the Broncos had to look elsewhere to find their new talent to plug up the middle. Thankfully they didn't have to look far since Mike Atkinson doesn't move very quick.

Take a look after the jump and see my predictions for what you might see at the Fall Scrimmage today and again on August 31st.

(And so begins the tradition of position previews. We love traditions at OBNUG. Other traditions may include, but are not limited to: Dairy Queen Blizzards, hating anything Vandal, and Spell Check. Next Up: The Lavish Linebackers.)

I will highlight a few of the key individuals as well as make predictions for their possible back ups. 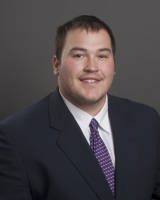 List of offenses: 2011 Redshirt Junior Season
Michael 'Canadian Bacon' Atkison is a tank. Like one of those big German ones from that war they used them in. Only his tank is Canadian and made of bacon. Atkinson has been plugging up the center for several years now at Boise State. In 2011, he played in all 13 games, starting in 6 of them. He registered 31 tackles, 12 of which were solo. Running it up the middle on Big Mike was virtually impossible as he helped the Broncos to a 12th place National ranking in scoring defense. Last season he had to split time with now Minnesota Viking Chase Baker. However, you can expect Atkinson to start on August 31st, and likely the rest of the season. So long as he can stay healthy and keep his nose out of trouble, I expect Mike will be a major contributor to a very impressive defensive line in 2012.
Next Up: Demarcus Lawrence 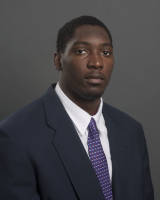 List of offenses: JUCO Transfer
If you don't know this name yet, you will soon. Demarcus Lawrence is a transfer from Butler Community College in El Dorado Kansas. Demarcus weights in at 248 lbs and stands at 6'4" tall. With his speed and size, he will have no problem carrying on the tradition of phenomenal defensive ends at Boise State. Lawrence has also been turning heads in Spring and Fall camps, and will likely be competing for the starting job. Demarcus played a significant role at Butler, helping them to a No.2 national ranking and division championship. Recording 27 tackles for loss and 10 sacks, Lawrence's looming presence is likely the reason for the Vandal's recent move to independent.
Look for Darren Koontz, Tyler Horn, and Samuel Ukwuachu to all push hard for the additional starting position, assuming Lawrence takes one of the open spots.
Next Up: Ricky Tjong-A-Tjoe 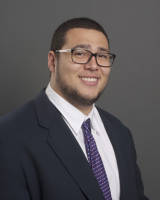 List of offenses: 2011 Redshirt Sophomore Season
I was going to do this entire section in Dutch, but since I don't speak Dutch, and I'm pretty sure you don't either, I figured that would make things pretty difficult. Google Translate does not understand "tackle for loss". Sigh. Ricky is another one of our flying Dutchmen on the Bronco squad. Hailing from Amsterdam, Netherlands, Ricky joins a small group of international players on the team. Ricky wasted no time making a name for himself, getting significant playing time early on in his career at Boise State. A natural to the game, Ricky had never even played football before arriving for high school at Boise High. Ricky registered 15 tackles, 7 of which were for loss, in 2011. I anticipate him getting the starting nod and being one of the most consistent guys for us at the position.
Look for Greg Grimes to give Ricky a significant run for his Euros, and possibly even slip in ahead depending on fall camp and how many magic genies he can find.
Next Up: All the rest
I suspect the race for starting positions to be incredibly close among this group. I think it may come down to the wire and be a late fall decision, similar to our quarterback predicament. Assuming the three above-mentioned start, with either Sam Ukwuachu or Tyler Horn getting the other end position, our back up line will be nearly as good as the starters are.

Although we lost our four starting defensive lineman to the NFL, I don't expect us to skip a beat. It's tough to replace the likes of Tyrone Crawford, Billy Winn, and Shea McClellin, but I believe these young guys may just have the talent to be the stars of tomorrow. And if not, we'll just make them transfer. Look for a lot of switches and movement in our defensive schemes as well. With the exception of Atkinson, the rest of the crew are pretty mobile and should have no problem moving around and causing all kinds of headaches for the entire city of Fresno.

Who do you think will be the big stars on the defensive line this season? Is Demarcus Lawrence the next Shea McClellin? Can Atkinson play nose and tackle at the same time, giving us a 3-2-1-5 defense? Sound off!