2 freakin' weeks! Now that we've hit that particular milestone, you're now contractually obligated to put the word "freakin'" in front of any number of days from here on out.

We've got 14 days until kickoff...so today we'll be highlighting #14 on the Boise State roster—Jimmy Laughrea 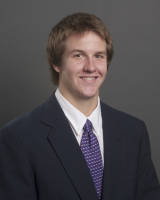 Laughrea (pronounced "Lock-Ray" in case you were still wondering) had an impressive career at Rocklin High, where his three year varsity career culminated with a first team All-Serra League selection in 2010. As a senior, Jimmy threw for 2,527 yards and 22 TDs and rushed for 327 yards and 6 more scores. For his senior year effort, Jimmy was also named first team all-metro and all-city in addition to the aforementioned all-league honors. As a junior, Laughrea threw for 2,635 yards and 22 scores and rushed for another 6 TDs (sound familiar?). Laughrea was rated a 3-star recruit by Scout.com and the #52 QB prospect in the country in the class of 2011 and had offers from SJSU, Utah State, Washington State and Wyoming.

You should see him do the Neutron Dance. 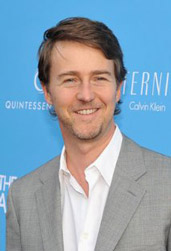 Named Boise State's Scout Team Offensive Player of the Year in 2011. All-Serra League, all-metro and all-city as a senior at Rocklin. Threw for over 6,600 yards in high school.

Laughrea was the Offensive Scout Team Player of the Year as a redshirt last year, but I'm not so sure that he carried that momentum into the Spring. Laughrea is said to have the most "live" arm of all the QBs currently on the roster, but hasn't had a chance to display it on the big stage just yet, and going solely off the scrimmage performance that I witnessed, 2012 may not be the year he gets to display it either. Now, I know that we're told time and again that the Bronco QB competition puts all the aspiring signal-callers on an even footing and the complete media gag-order about the QB race at hand tends to make guessing nearly impossible, but I've watched as fans have hitched their bandwagons to different quarterbacks since Kellen Moore's departure and I'm not seeing many hitching up to Laughrea's. But that's a thousand-foot view.

We're not at practice every day, and if we were, we probably would have unmarked cars following us home to make sure we didn't spill the beans about who threw a beautiful corner route or an ugly pick in 11 on 11s. Laughrea was, I assume, Scout Team Player of the Year for a reason, and that reason is enough to not discount him from the QB race based entirely off his showing at the Blue and Orange game or how many twitter hashtags he's inspired. If you want to use those things as your measuring stick, Joe Southwick and Nick Patti are duking it out for top honors, but I can't even pretend that that's the appropriate pecking order. Like I said two days ago...I'd expect that the race is Southwick's to lose, but I thought the same of Bush Hamdan and Mike Coughlin. Laughrea has a good arm, experience with the program and now that his redshirt year is through, should be freed up for mop-up duty or certain offensive packages this year—meaning we'll see him in 2012. Whether we see him before the 4th quarter or taking a majority of snaps is too tough to call, although if I were handicapping things, I'd probably put him behind Hedrick and Southwick—Southwick because of the overall knowledge and Hedrick because of athleticism. Nick Patti is the great wild card. He'll either start or he'll redshirt...it seems incongruous with Coach Pete's M.O. that he'd burn a redshirt for anything other than that with the most important position on the field. Laughrea's starting chances may be higher than we think, but the excitement levels currently are not, so we're forced to fall back on those as the information iron curtain drops on Fall Camp.

To train himself to be more mobile in the pocket, Laughrea's summer training regimen consisted of stealing Blake Renaud's bag of gummy worms and trying to remain un-pummeled for as long as possible.