With running back depth one of the Big Questions of Boise State fall camp (so big it gets its own capital letters), the prospects for RBs to watch could go in a lot of different directions. And so they did. I have mine, Drew and ce'sped azul have theirs, and you probably have your own, like former defensive tackle Greg Grimes? One can dream (and in this scenario, the dream would be Grimes).

Our picks, after the jump. 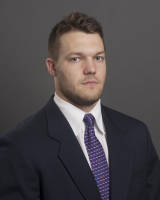 Call it a hunch, but I think that Wright is going to have a big season for the Broncos. Not bigger than D.J. Harper, obviously, but I wouldn't be surprised if he racked up 500 yards as RB2 to Harper's RB1. I know what you're thinking. Fumbles. And while that will never leave our collective psyche, I think we will begin to appreciate Wright's yeoman effort between the tackles and his scrappy style of play. He knows how to gain yards, and he's only become a better football player over the offseason. 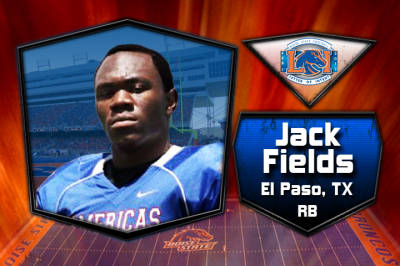 It's amazing how quickly we tend to write off "the next big thing" when a new recruit hits town. Amazing, because that's exactly what I've done with Jay Ajayi. I still think he can be a big-time contributor, but his knee injury and off-field adventurism has me a bit more excited to see what the true frosh Fields can do. Fields is much more of a Doug Martin clone-a punishing runner that would just as soon run over defenders than circumvent them...I miss Doug Martin. Plus, Fields practiced with the vets on day one of Fall Camp, leading me to read way too far into things and assume his redshirt is about to be torched.

D.J. Harper's cutting ability (even after injury) always amazes me, and he's about to have a highlight filled senior year. Generally, ACL injuries take about a year to fully heal, but after two years, D.J. should be back at full confidence and as good or better than his old self. The same old self that beat out Doug Martin and impinged on Ian Johnson's playing time. With a new quarterback running the show, I can realistically see D.J. more than doubling his output from last year. I don't think 1500 yards and more than 20 touchdowns is out of the question. Opposing defensers better have their ankles taped extra tight.