Today is my birthday, so I'm going to treat myself to a countdown article if that's alright with you. And if you must know how old I am, let's just say I'm old for a dog, but not for a Galapagos turtle.

We've got 15 days until kickoff...so today we'll be highlighting #15 on the Boise State roster—Tyler Jackson 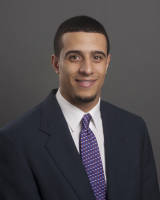 He's a Jackson and he's unsung. Seems to fit. "But what about that song Jermaine did with Pia Zadora?", you're probably asking. Well, okay—since you asked... 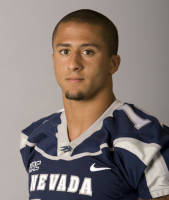 Hate to do this to you again, man...but the resemblance is uncanny.

Jackson is a talented, athletic, and highly-regarded recruit. That's why it pains me that he has never really gotten much opportunity on the field. Really, it's not his fault...he was recruited as a safety at a time when we had just broken in a 4-year staple (George Iloka) and had the other spot locked firmly down (Jeron Johnson). Knowing that safety would be a tough row to hoe, the Broncos decided that they wanted him on the field anyway, so started grooming him to be a standout special teamer and wide receiver. Problem was, he was easing in to the wide receiver spot right at a time when the Broncos had some of their best receivers of all time lining up. Jackson, somewhat unsurprisingly fell to the second and third tier of the receiver depth charts—something that held no shame when the likes of Pettis, Young and Shoemaker were breaking records at the top. Now, in Jackson's senior year the path again looks rocky with the emergence of Matt Miller, Mitch Burroughs, and a host of other playmaking wideouts and tight ends creating a pass-catching logjam. But there's still some room there...and honestly, I hope that Jackson can step up and wrestle some grabs away...no one earns touches by seniority, but he's earned opportunities no doubt. Miller and Burroughs should be the top 2 receivers in the Bronco arsenal and Potter, Moore, Burks and the other Burroughs brother should all factor in to the race for 3rd with Boldewijn out of commission for a while. The wild cards at wideout will be Ware, Jackson and Williams-Rhodes in my humblest opinion. Bronco fans have been waiting for Ware to get his shot at the field and I think his big-body and rumored sure hands could lead to a breakout year. Jackson is about the same size as Tyler Shoemaker, and his experience level should be an added bonus...I think he also, with a big camp, could move out of the shadows and more into the limelight. Then there's Williams-Rhodes, of course...a huge playmaker in a not-so-huge body. If he doesn't redshirt, he could be deep threat at wideout or out of the backfield. The receiver and tight end chart is stacked...no question about that—and the new QB may not be as charitable as Kellen Moore, meaning the number of touches per receiver could go down. I have no idea what this means for Jackson, but I hope that he'll finally be able to make an indelible mark this year on offense or special teams. He's been a trooper and a true Bronco.

Because he grew up in the high-altitudes of Colorado, Jackson has twice the lung capacity of a normal man. This definitely comes in handy on the football field, but also with birthday cakes, cooling off hot pizza, and singing the "long version" of American Pie.