The Boise State Obtuse OL. And by obtuse, I obviously mean big. The offensive line is one of the most important groups of kids on the field. The offensive line is what gives individuals like Kellen Moore and Matt Miller a chance to shine. Without their fights down in the trenches, Kellen wouldn't have the time to throw, and Matt would never get an opportunity to catch the ball. Take a glance after the jump at some of the predicted starters that will be protecting Patti-rea-hed-wick this coming season.

(And so begins the age old tradition of position previews. We love traditions at OBNUG. Other traditions may include, but are not limited to: Dairy Queen Blizzards, hating anything Vandal, and Spell Check. Next Up: The Dangerous DL.)

Because of the sheer number of individuals we have playing the various offensive line positions, and YouTube's inability to find highlight videos for these guys, I will be highlighting only a few of the key individuals that should have an impact on this season's team. 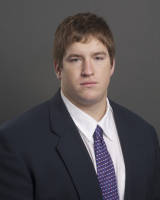 Cory is one of the few and the proud who has been granted a sixth year of eligibility by the NCAA. Due to season ending knee injuries in 2009 and 2010, Cory will be returning to the Bronco squad as one of the more experienced leaders on the team. Cory started at center for the Broncos in 8 games last year, while playing in 11 total. Cory is the predicted starter at the center position and will likely play and start in every game this season, assuming he doesn't pull a D.J. Yriarte and blow out his knee again. Standing up at 6'1" and weighing 280 lbs, Cory has the size and height to be mobile as needed while still standing firm and protecting Patti-rea-hed-wick.

Look for Matt Paradis to get some additional playing time behind Cory, and if he performs well, possibly over take him for the starting position.

Next Up: Joe Kellog 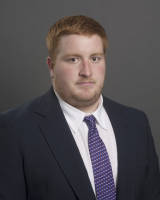 I'm sure that Joe Kellog has heard every possible Frosted Flakes joke possible, so I will refrain from inputting mine here. That and I'm sure Joe has better stuff to do than read my OBNUG position previews. Like hanging with Coach Pete for starters. Lucky duck. Joe started every game for the Broncos in 2011, sans Toledo due to injury. He was part of an offensive line that ranked first nationally in sacks allowed at .61/game. Wow. That's good. Standing at 6'3" and weighing in at 303 lbs, Kellog is no skinny mini. Playing the LG position, Kellog is one of the most vital assets to the team in protecting the blind side of a right handed quarterback. Kellog did however sit out during spring ball due to injury, but I expect him to be the starter come August 31. Look for Spencer Gerke to give him a run for his money and for the two to possibly rotate in depending on totally awesome schemes that the Broncos like to run.

Up Next: Faraji Wright 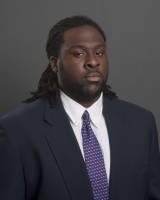 Faraji Wright may be the funniest Bronco I know. Actually I don't really know him. But I did see him at the Boise State Charity Softball game, and that guy couldn't keep his hands off the mic. Ever the entertainer, Faraji also knows when it's time to cut the jokes and play some football. Faraji played in 10 games during 2011 for the Broncos. And from the looks of Faraji in fall camp, he seems to have even put on a few extra pounds to his already 6'3", 300 lb frame. Look for Wright to carry on the tradition of great left tackles this season as he shirks off Lobo defensive ends like a ball of tin foil.

Next Up: All the rest

The three above listed offensive lineman are by no means the heart and soul and solo heroes of this group. Guys like Jake Broyles, Charles Leno, and Brenel Meyers will likely be starting or in the hunt for starting jobs come August 31st. This unit is old, with most of them moving on after this season. So it wouldn't surprise me to see Coach Pete bring in the occasional noob to get some additional playing time and experience in preparation for 2013.

If our offensive line can stay healthy, I believe this will be the key to our success in 2012. Giving Patti-rea-hed-wick enough time to make smart decisions in the pocket will be absolutely critical to us winning games. When tendons begin to tear, and Michael Atkinson decides to eat the offensive tackles is when we will run into our big problems. Hopefully they can stay healthy and give whoever ends up behind center a real chance at leading our team to victory.

What do you think of our offensive line? Any concerns going forward about health or possible upsets at the starting position? Sound off in the comments, Bronco Nation!