We're finally into the QB numbers...it's the moment you've been looking forward to, or dreading all summer.

We've got just 16 days left until kickoff, so today I'll be highlighting #16 on the Boise State roster—Joe Southwick 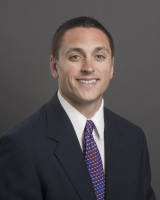 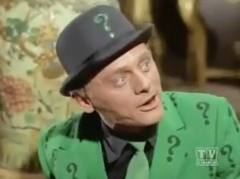 Well, the time has come. It took me until day 16 (our 84th countdown) to finally have to come to terms with the fact that Kellen Moore is, indeed, gone. Sure, I've skirted the issue a bit, but I never really had to put much analysis into things. "TBD" has been our quarterback throughout the summer, but things are about to get real. I'd like to think that I can read the tea leaves enough to at least give Southwick the lead position in this daunting QB race, but I've certainly been wrong before—like 4 years ago when I not only didn't pick Kellen Moore to be the starting QB, but didn't even pick Bush Hamdan (I was Team Coughlin, all the way). Pete said a week ago that Southwick was getting "most" of the first team snaps through the first 4 fall practices—given that Southwick also performed the best in the Spring scrimmage, is the most senior QB in the race and was last season's primary backup, one could be awfully tempted to say he's our guy. But things change quickly. Nick Patti was easily the 2nd best QB at the Spring scrimmage and he'd only been on campus for 8 weeks—if that kind of progression was maintained throughout the summer, this race could...well...be a race.

If I were a betting man, I'd say the job were still Southwick's to lose. He's had the most Kellen Moore tutelage, knows the offense inside and out, and has been pretty solid in relief—despite running the vanilla "let's get off the field" offense. His career statistics almost look Kellen Moore-ian—40-of-54, for 400 yards, 2 TDs and 1 INT—so can he be like Kellen Moore as a starter? Well, the short answer is "yes", but not because he'll come close to KM's level of play...that's not a fair expectation. However, I believe that with Southwick under center we can continue to win, and have an efficient game manager on the field who will make more wise decisions than poor ones. That bodes well for the Broncos this season, as they look to restock the shelves with playmakers and continue the program's trajectory...it also bodes well that Southwick isn't the only QB with those qualities. I suspect at this point the coaching staff thinks they have their guy, whether it's Joe, Grant, Nick, or Jimmy...this weekend's scrimmage will likely serve to solidify that decision for them. We won't know the starter by the time I get to Jimmy Laughrea in two days, but expect to know something by Grant Hedrick (#9). Whatever the outcome, rest assured that the full weight of Bronco Nation's support will be behind our signal-caller.

Southwick opted for The Matrix approach to learning the playbook—he had a small jack implanted in the back of his neck through which the Broncos daunting offensive schemes were uploaded. For a small additional fee, he also learned Mandarin Chinese and had a street map of East Lansing, MIchigan synched for good measure.