17 days seems an awful lot like two and a half weeks to me.

There are 17 days until kickoff ... so today we'll be taking a look at number 17 on the Bronco roster—Geraldo Boldewijn 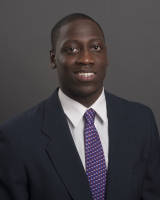 Boldewijn definitely had one of the more interesting journeys to the Blue. Born and raised in the Netherlands, the lanky speedster only came to the U.S. as an exchange student his senior year, where he subsequently played his one and only year of American football. What a year it was. Despite having his season cut short by injury, Hiwat was named first-team All-SIC and second-team All-State after catching 41 passes for 502 yards and 5 scores, rushing 3 times for 51 yards and a TD, returning 8 kickoffs for 303 yards and a score, and returning six punts for 107 yards and a TD. The Broncos extended Boldewijn his only scholarship offer (that we know of), which he graciously accepted.

Given his back-to-back early season suspensions for the same infraction, this one might serve double duty. 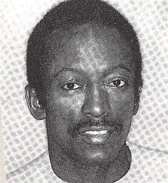 The weight of expectations on the former Mr. Hiwat laid heavy last pre-season. We'd lost Titus Young and Austin Pettis and everyone was looking to the speedy and tall Geraldo to keep the spark alive in the Bronco WR corps. Then Boldewijn had to serve a 4-game suspension to start the year, Matt Miller and Tyler Shoemaker emerged immediately and the rest was history—Boldewijn was relegated to afterthought status for the remainder of the year. Yeah, he put up decent numbers over the final nine games (19 rec., 266 yds, 2 TDs), but I doubt anyone is going in to the 2012 season thinking that Boldewijn is, or should be, our biggest target. Which is probably for the best, anyway, since Boldewijn yet again will be serving a 4-game suspension for...well...doing exactly what he did last time. At this point, I think GB is just lucky to still be on the team.

Here's the thing about Boldewijn, though...he could still be a major force on the Broncos offense. His downside (ball security/hands) is definitely outweighed by his upside (leaping ability, speed, size). In fact, I think that Boldewijn could be a ridiculous weapon for the Broncos if he could put it all together...it's just that the appropriate host family/player relationship continues to baffle him. I don't think Boldewijn is a monster or anything and his infractions pale in comparison to other widely-publicized errors-in-judgment, but I do think that we need Geraldo "all in" if he's going to realize his full potential, and 2012 will be off to another bad start for him...and the team won't wait to fill the void that's created by his absence. Shoemaker's departure leaves a spot itching to be filled and most believe (rightly so) that Matt Miller will assume that mantle. Behind Miller, the 2nd or 3rd top receiver spot had a good chance of being Boldewijn's to take, but now I think that Mitch Burroughs will probably be second in line and Moore, Ware, Burks or Potter will battle it out for 3rd. If Boldewijn can return for game 5 and exhibit the same kind of form he did last year when he returned against Fresno State, he might be able to salvage a solid year in 2012, and with any luck, he'll be working through the NCAA handbook as well as the Bronco playbook to make sure that 2013 is the year of the Dutch.

Given his Dutch heritage and love for Musical Youth, Boldewijn insists that his quarterback pass him the ball strictly on the left hand side.