We're into the teens now, folks and today I'll make a bunch of short jokes about a guy that's probably the same height as me. Why should tall people have all the fun? Looking at you, Nick Kroes. 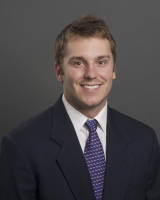 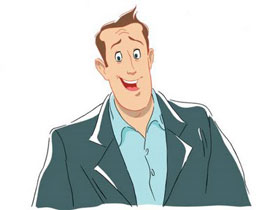 Mr. Opportunity from the Honda commercials

Named Scout Team Special Teams Player of the Year in 2008. Saw time in 12 games on special teams in 2009. Appeared in 9 games in 2010, recording 7 tackles. Played in all 13 Bronco games in 2011, primarily on special teams—recovered a fumble against San Diego State.

It takes courage to play Division 1 football. There are some big, fast, mean dudes out there on any given Saturday (or Tuesday if you play in the WAC). I mean, as bad of an idea as it might have been, you have to at least give Shiloh Keo respect for having the courage to get between Doug Martin and the Kibbie Dome endzone, right? At any rate, it doesn't hurt to be large and menacing in this game, and local walk-on Josh Borgman has neither of those qualities...but what he lacks in size he certainly makes up for in heart, perseverance, and a willingness to do what's asked of him. So far, what's been asked of him is to run down the field full speed and take out blockers and ball carriers often much, much larger than him...and he's done so with no complaints. In fact, Borgman has been so dependable on special teams that he's been a 3-year standout, and the Scout Teams Player of the Year as a redshirt. That's "called finding your niche", even though people with his stature sometimes have little other choice. Borgman's 34 career tackles have come largely on cover units and in case you were wondering, that's pretty darn good. He's maybe a few inches too tall to be considered the second coming of Ia Falo, but his contributions to the team have been just as big (or small?). Borgman was sitting right behind Jamar Taylor on the cornerback depth chart as Fall Camp began, and while I don't think he'll necessarily stay in the 2 slot, I do hope that we'll get to see him have a little time in the defensive limelight in this, his final season as a Bronco. A player with such a great Bronco mentality deserves to be seen a little bit more than just when the punters and kickers are on the field. 20+ tackles are a distinct possibility for Borgman in 2012.

Borgman was a state champion in the limbo at Centennial High School, and twice he actually even had to bend backwards. Because he's short, you see.