It's the day after the 4th. I hope everyone still has all their digits and eyebrows.

We've got 56 days until kickoff...so today we'll be highlighting #56 on the Bronco roster—Dustin Kamper 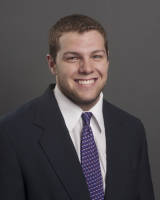 Yeah, this was last year's nickname too...but look at the guy. No playing time to speak of (yet), but he's still grinning from ear to ear. A Happy Kamper if there's ever been one. 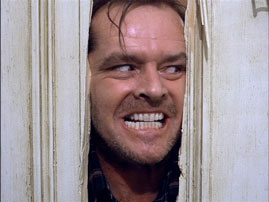 Named first-team All-State as a senior—also pulling in a Defensive Player of the Year nod.

Kamper is heading into his 4th year with the Broncos after walking-on and redshirting in 2009. Unfortunately for Kamper, he's yet to see the field...at all. Linebacker is one of the positions on the team without a ton of depth, but it's also a position that requires less manpower—at least as long as we stay with the 4-2-5 base defense. The 4-2-5 effectively uses simply a middle linebacker (MLB) and an outside, roving linebacker (OLB). Each position uses a fairly steady rotation of 2 men each. Last year, for example, the OLB position was split evenly between J.C. Percy and Aaron Tevis, while the MLB used a more generous rotation, employing Byron Hout, Tommy Smith, and Blake Renaud. Then there are the garbage snaps, that generally give the "rest" of the guys their reps. Kamper still received no in-game snaps last season, so it's hard to say what kind of prospects he has for 2012. I will say this, however—with Hout and Tevis gone, there will be room for Kamper to make a move. There will also be room for true freshman to make moves as well, so this certainly won't guarantee Kamper fills a spot or moves up the depth chart...it just means he'll have a chance. Honestly, I think only Tevis's old spot is really "open" at this point with Renaud/Smith my picks for the MLB one-two punch. Kamper will have to beat out a host of true freshman (Tyler Gray, Ben Weaver, Andrew Pint) or another walk-on (Travis Saxton) if he wants to play in 2012...and I would assume he does indeed want to play. Personally, I hope that Kamper can find some way to get on the field, and I still feel he could avail himself to a Bronco special teams unit and focus on taking out blockers or setting up blocks—this is his best chance to get a small share of the limelight. Only Fall Kamp Camp will tell.